The Songs That Changed My Life: Avi Kaplan

Avi Kaplan lived in L.A. for seven years 一 but wouldn’t call himself a city person. Once he parted ways with Pentatonix in 2017, he set an intention to reground himself and move to Nashville. From the start, he knew he wanted to take up residence in a cabin - roughly 45 minutes outside the city - and entrench himself both in nature and a wide network of songwriters. He now has the best of both worlds.

“Having been in cities all the time, I knew that I wanted a place that was in nature,” Kaplan tells Holler. “It was away from the city and had a lot of peace, quiet and inspiration”.

His debut full-length album, Floating on a Dream, sprouts from this important place of growth, change and transformation. While many artists leave their stakes rooted elsewhere - only making intermittent trips to Music City to write and record - it was important for Kaplan to pack up his entire life and make Nashville a permanent home. “It would have been different” had he not made the move, he affirms.

“I did a lot of writing here on my own, and I did a lot of soul searching, contemplating and delving a little bit deeper into myself,”. “That really is implied with the record,” he continues, “and I think that living out in Nashville really changed my state of mind”.

Kaplan works with producer Shooter Jennings, known for melding the soundscapes of other monumental releases such as Brandi Carlile’s By the Way, I Forgive You, American Aquarium’s Lamentations and The Light Saw Me by Jason Boland & the Stragglers. Together, their creative minds built an impressive 11-song structure that feels like an important one.

You can certainly count Floating on a Dream as among Jennings’ most elegantly-crafted pieces of work. It also helps that the strength of the songwriting and Kaplan’s voice fits the folk genre like a glove. On many moments, including ‘On My Way’ and ‘I’m Only Getting Started’, the performances are haunting, simply slithering inside the ear canal.

A reverent musical thread weaves in and out of the 11 songs, expansive and intimate in each breath. “Put a demon down, walking 'round my town / I know another will come back around” he sings with a vocal cloud circling overhead on ‘Try to Get It Right.’ A co-write with Kaleb Jones, who played the initial guitar part, the ballad developed into a wholly personal anecdote over time. “The words that came out of my mind were the first lyrics of the song,” remembers Kaplan. “As we continued, it became more and more personal to me”.

“I'm a pretty private person in general - certainly on social media. I don't really talk too much about my personal life. I talk about my music, different places that I'm going and things of that nature,” he adds. “I don't want to be private in every part of my life. I really want to be open, vulnerable and honest with my music”.

At least lyrically, ‘When I’m a Fool’ arrives as another searingly personal story, one in which Kaplan owns up to his previous wrongs. “Fire in my eyes that made you cry / Filled up all the oceans and swallowed all my pride,” he sings, his voice tracing down the deep-reaching melody. “And it sunk to the bottom of the sea / Yeah, I swear it'll stay there in the deep”.

Admitting how wrong he was didn’t come easy, though. “That's a really important thing to learn in life 一 to be able to do admit when you're wrong. When I feel like I've done something silly or foolish, it makes me pretty upset,” he confides.

Musically, the deep-cut draws inspiration from a Mali-based band named Tinariwen, spun deliciously with Kaplan’s own sense of rhythm and percussive elements. “I really wanted to have some massive tribal-style drums. Alongside that, I wanted to have this strong electric guitar sound that also feels organic,” he explains. “That's something that they do really well with the sounds that they create on their records. They use both electric guitars and acoustics, but when they use electrics, it still feels organic to me. It has a lot of power and bite, but it's also warm”.

Album closer ‘My Queen’ is another tasty surprise, especially with its cosmic-suggestive mood. “The realm that it lives in sonically feels ancient, with those chords and the harmonic minor type scale; it takes me to Middle Eastern type music,” Kaplan says. “I wanted it to feel otherworldly.” Vocally, he eyed a more “vulnerable” feeling, “I use my upper register in a way that I don't use it very often”.

An initial meet-up with Jennings on his own back porch, the two gabbed about life and influences, soon cooking up “where the record could go”. Throughout the entire process, Kaplan gained a wealth of insight into himself, as much as the work. “You learn so much about yourself, as an artist, when you work on a full-length album. I learned so much about my craft, about songwriting, about the production that I want, the mixing that I want,” he offers. “Shooter is an amazing, amazing producer. He really wanted us to do this record in a very old school way, you know - recording with a live band at Sunset Sound with all the vintage gear”.

“It really gave me a lot of respect for the people that I love, how they made records 一 like Crosby, Stills, Nash & Young,” he concludes. “It takes a lot of work and a lot of time and effort. I didn't want to take any shortcuts with this, and I'm really happy with how it came out.”

Kaplan calls up numerous other artists as influences on his debut LP. As conversation shifts to those most influential to his work, he settled on whole albums that have forever changed his artistic way of thinking. Ultimately, Kaplan’s five picks are a glimpse into the kind of singer-songwriter he’s always wanted to be. With Floating on a Dream, he emerges as a butterfly does from its cocoon - able to soar, colorful and forever free. 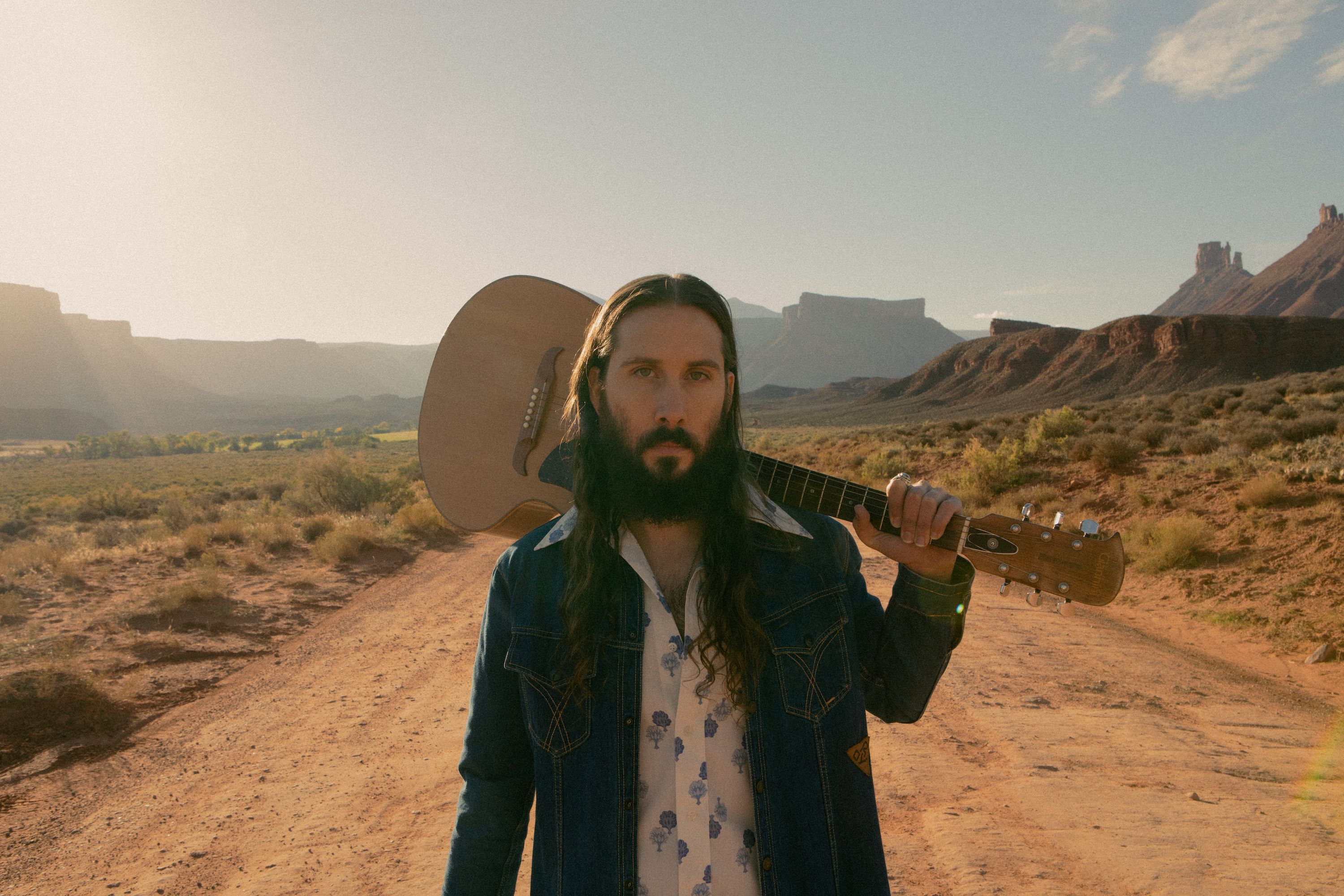 This was the first record that I ever bought for myself. As you're growing up, you kind of inherit your musical tastes from your parents, your siblings and your family 一 as you get older, you expand and find your own music that you love.

When I found Iron & wine, I absolutely fell in love with his music, sound, lyrical content, everything about it. I remember riding my bike down to Borders, buying that album and listening to it on my Walkman as I rode my bike around my city. It was a really beautiful experience. I feel like that was the beginning of my real deep love for folk. I had already listened to folk music and really loved it, but he was my guy.

The songs that have stuck out to me most are ‘Helplessly Hoping’ and ‘Find the Cost of Freedom.’ Both of those songs are extremely harmony-heavy, they are two reasons why I fell so deeply in love with harmony and music.

I just fell in love with this recently, actually. Shoot (Jennings, Producer) sent this album over to me as a means of inspiration. He felt the way Terry Reid sings and the way the album was produced was really important to listen to. The album absolutely blew my mind. He's probably my favorite vocalist now. The sound that he created with Graham Nash on that album is unbelievable. It's exactly the direction I want my music to be going.

I had never listened to Nick Drake before, and I can't remember how I stumbled upon it, but I was absolutely blown away. Then I found out about his story. He never really got to see how successful his music ended up being and how impactful it is to people. It's so honest and so beautifully composed. His songwriting is amazing, and his guitar playing was extremely inspiring to me 一 that really beautiful fingerpicking style that he has. It's just an unbelievable album.

This is the first album of theirs that I had heard. I’d never heard anything like it, which was extremely inspiring to me. Obviously, it inspired some of the sounds that are on my album - I've had so many beautiful experiences listening to it and it just has this amazing energy.

Avi Kaplan's 2022 album, Floating on a Dream, is out now via Fantasy Records. You can purchase the record from one of Holler's selected partners below: 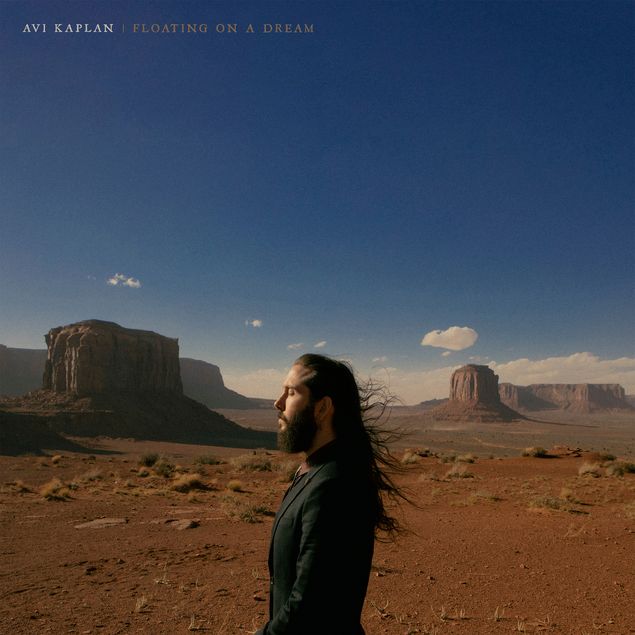 Avi Kaplan - Floating on a Dream

Lukas Nelson & Promise of the Real - A Few Stars Apart