A Life In Focus: The Photography of Graham Nash

Graham Nash. The name alone is synonymous with the history of rock music, from his early days at the helm of the Hollies to the essential role he played as one of the namesakes of Crosby, Stills and Nash and, later, with the addition of Neil Young, CSNY.

His remarkable stockpile of songs - and the accolades and achievements reaped as a result - also include his success as a solo artist, an innovator, an activist and, as evidenced by the stunning new book, A Life In Focus: The Photography of Graham Nash, a visual artist as well.

The latter effort not only documents his lifelong love of taking pictures (an initial entry reveals a photo taken of his mother, shortly after he acquired his first camera from his dad at the age of 10), but also captures dozens of intimate moments shared with friends and colleagues, as captured by both Nash and his longtime friend, photographer and confidant, Joel Bernstein. 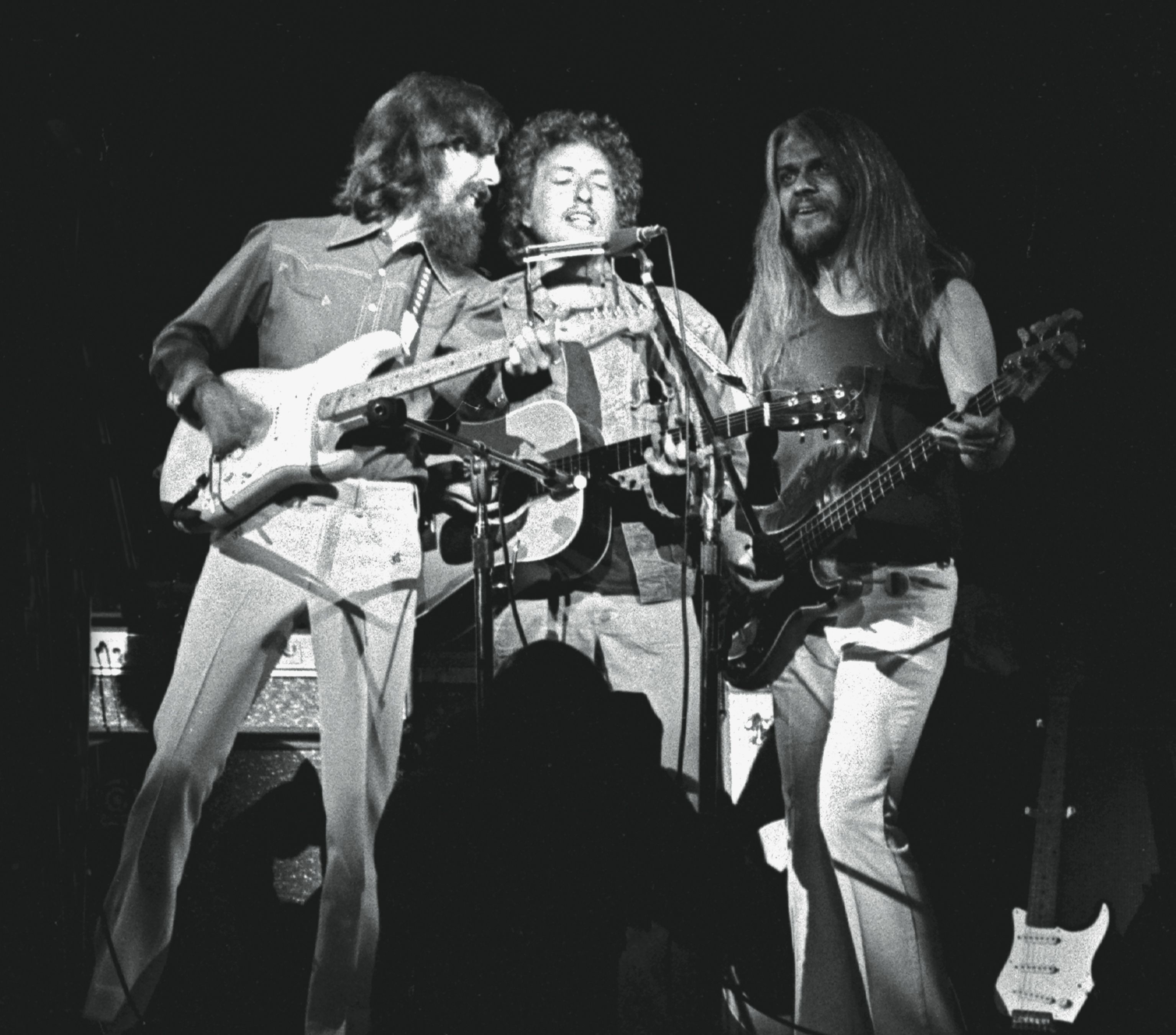 Nash’s lifelong devotion to detail is, of course, well documented. In addition to his musical honors — a two-time induction into the Rock and Roll Hall of Fame (with The Hollies and CSN), a Grammy nod, a pair of entries into the Songwriter’s Hall of Fame, and his appointment as an Officer of the Most Excellent Order of the British Empire (OBE) — he’s also been recognized with the New York Institute of Technology’s Arts & Technology Medal, an honorary Doctorate of Human Letters, and the Hollywood Film Festival’s inaugural Hollywood Visionary Cyber Award.

His photography has also graced many an art exhibition, opportunities that Nash doesn’t take lightly. In contrast to the selection process that he undertook for the book — one that took seven months, he says — he’s always left the photo choices to others.

“Whenever I have a show at a gallery or museum, I never tell them what to do,” Nash insists, speaking by phone from the U.S. West Coast where he makes his home. “I never tell them which image to put next to which, because I'm very curious as to what they will do. The truth is, images talk to each other. If you're going down a wall, and you see one, that image will cover how you see the next. So I’ve never wanted to tell people what to do. Consequently, I've been really surprised at some of the choices made by directors. It's quite interesting, really.” For an artist who’s been so exacting with his work, that latitude might seem surprising to some.

“They know the space way better than I do,” he muses. “They know where the people come in, and which wall people will be facing the moment they enter the gallery or the museum. That informs the way that they present the pictures. It may be generous on my part, but I win, because I get to see what other people think of them”. Nash can be particular, however. When presented with the proof of the album cover for his third solo effort, 1980’s Earth and Sky, he objected strenuously when Columbia, his record label at the time, interfered with the imagery.

“There was a beautiful picture that Joel Bernstein had taken of me on the side of a mountain in Hawaii,” Nash recalls. “It was a beautiful photograph. And when I got the artwork back from CBS, there was a barcode at the end of the rainbow. I called Walter Yetnikoff, the president of the company, and said, ‘Walter, we can't have this. At the very least, it’s supposed to be a pot of gold at the end of a rainbow.’ He said, ‘You know what? Don't give me any of the artsy-crafty shit'. I was off CBS and on Capitol Records within four days”.

Happily, then, assembling the photos for this book was a far more pleasant experience, and Nash admits that there was no small amount of nostalgia involved in looking back at it all. “There are a lot of things in my life where I go, ‘Wow’”, he reflects. “Like when Paul [McCartney] called me and said, ‘Hey, we're doing this worldwide live broadcast thing at Abbey Road for ‘All You Need Is Love.’ Or singing ‘Happy Birthday’ to Bill Clinton on the lawn of the White House. Getting the chance to sing with the Everly Brothers. Being given the OBE by Her Majesty, the Queen. There I was, standing in Buckingham Palace talking to the Queen, and thinking how unbelievably proud my parents would be, had they been alive".

Of course, when one is an icon like Graham Nash, the past often intrudes on the present. He mentions that he and his old pal Allan Clarke, with whom he shared vocal duties in the Hollies, are working on a duo album scheduled to arrive next summer.

“We’re about eight tracks into an album,” he reveals. “It's very exciting. I’ve never made a record with him alone, even though I've known him since I was six years old. I gotta tell you, he is singing really, really well”. 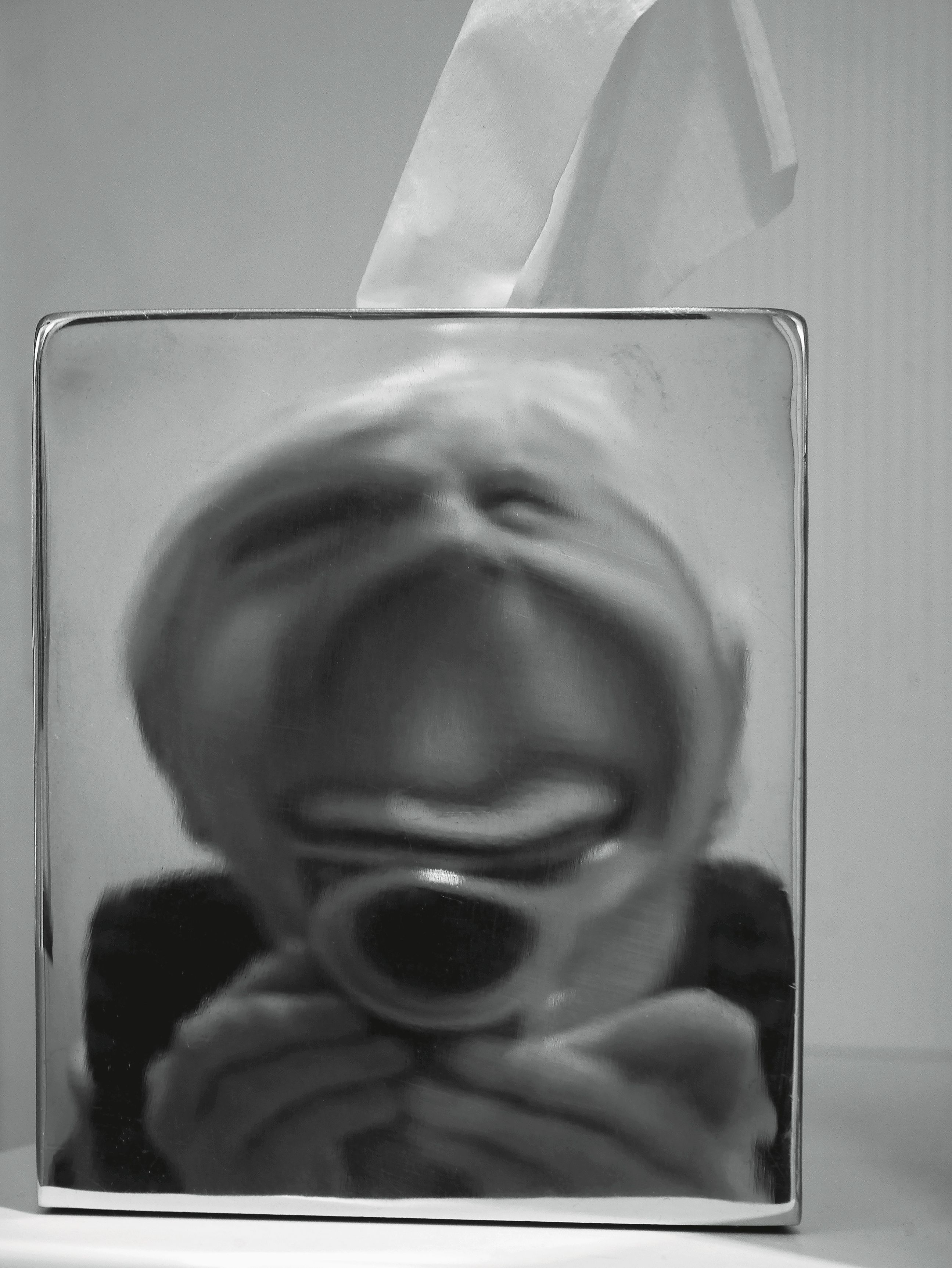 Indeed, Nash seems as incredulous while surveying his career as anyone who might look at it from afar. Clearly, he still has the awe that inspired him early on. So too, it’s clear he’s captivated by photography, a fact that the book brings to bear with every turn of the page. “I saw the magic,” he says of his initial fascination with the form. “I was moved by the magic that happens when you put a blank piece of paper into a colorless liquid, wait 30 seconds and see this image appear from out of nowhere. I'll never forget that moment”.

That said, he denies that there was ever a moment when he might have considered abandoning his recording career and devoting himself entirely to taking pictures.

“You never know how you're doing. You write a song, like ‘Teach Your Children’, and figure, ‘Well, that's a pretty little song’. However, the first time that I ever played it for Stephen, he looked at me and said, ‘That's a really good song, but don’t ever play it like that again. You sound like Henry VIII. He played the song back to me with that beautiful, right-hand picking style that he's so well known for, and he turned my Henry VIII song into something special”.

Of course, those famous egos involved could have led him to a different conclusion.

“Yes, we argued with each other,” Nash admits. “Did we ever stab each other in the back? Slightly. But it’s totally unimportant to me now. The only important thing is, what sort of music did we make? How did we make people feel? Did we make people smile? You still have to listen to your colleagues. At least I listened to Stephen, and at least I didn't get upset that he didn't like the way I sang my song. When he played it back to me, it was obvious that that's the way that song should go”. 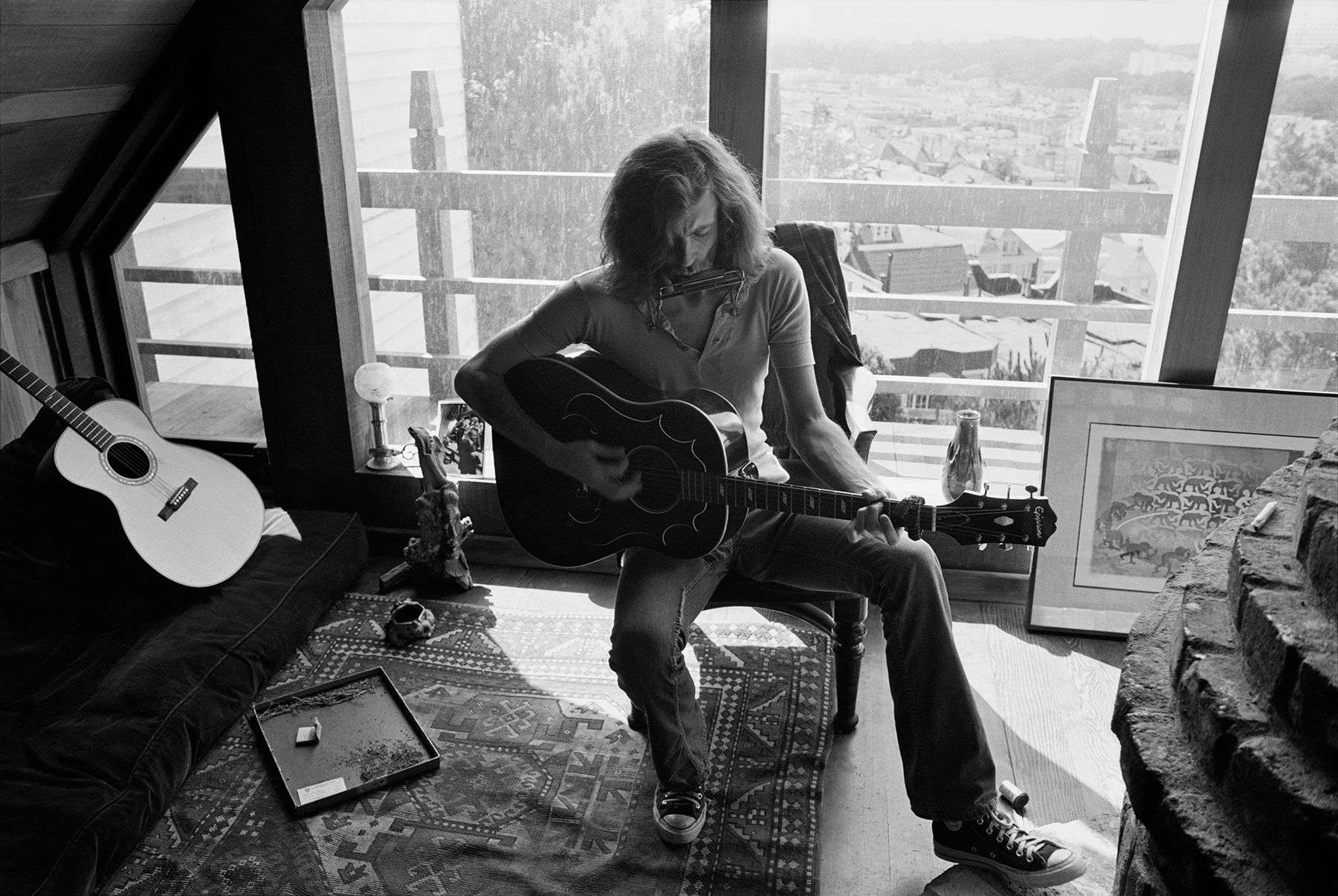 It’s clear that Nash remains fascinated by life and all it offers. “I’ve always been a curious man about the world,” he notes. Yet, he also notes that he never dwelled on the fact that the music he was making was moving the needle, or for that matter, making history. 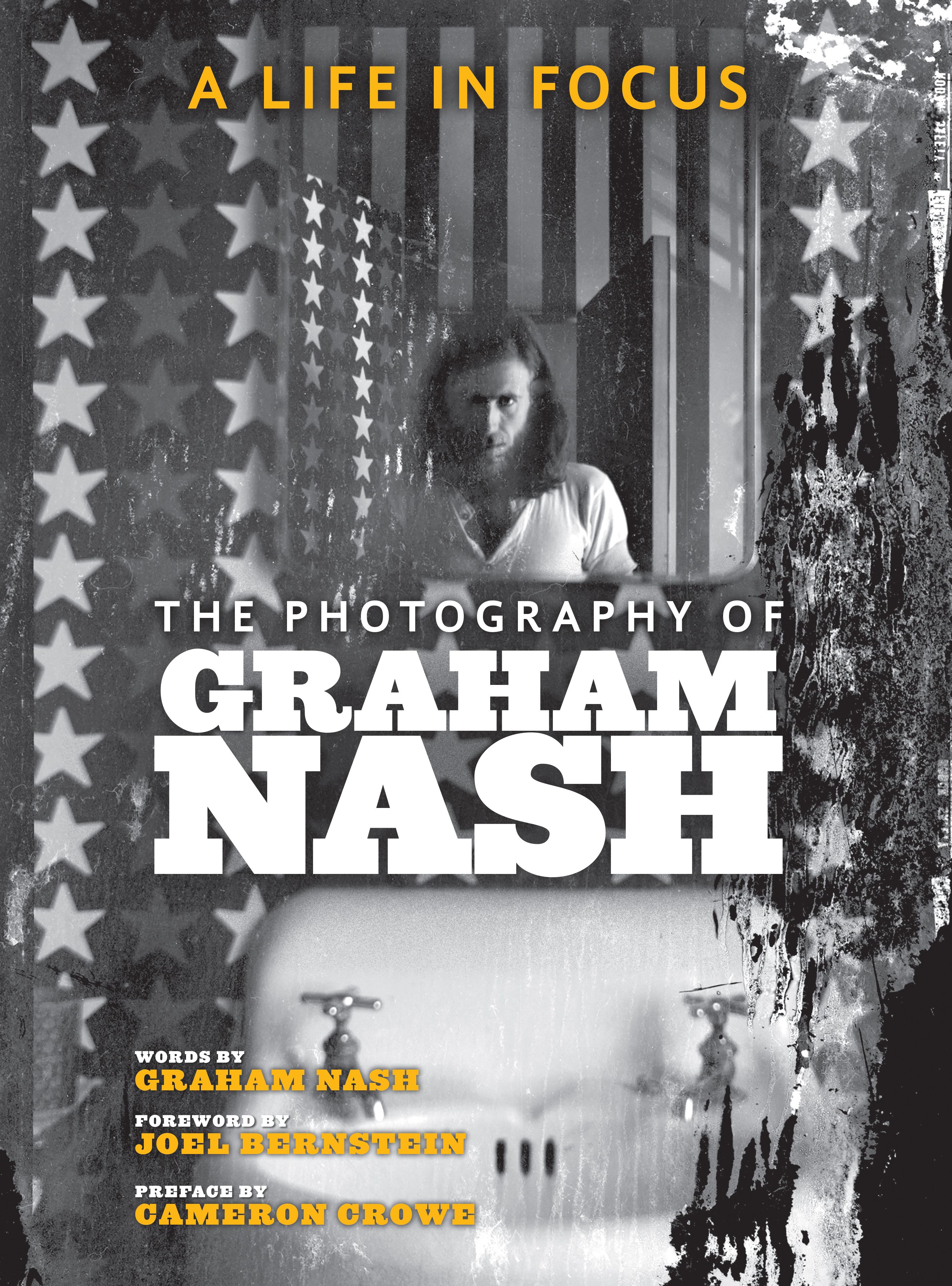 A Life In Focus: The Photography of Graham Nash is out this month (November 2021). Pre-order from Amazon below.