When Billy Joe Shaver, one of country music’s boldest originals and the man who Willie Nelson described as “the greatest living songwriter”, died last year at the age of 81, country music lost an outlaw and pioneer who wrote some of the genre’s greatest songs.

“The first of the last real cowboys”, he wrote all but one of the songs on Waylon Jennings’ ground-breaking outlaw country album Honky Tonk Heroes, while Johnny Cash, Elvis Presley, Tom T Hall and Kris Kristofferson all went on to record his songs over the years.

Throughout his career, Shaver lived a life as close to the bone as the hard-living loveable losers, misfits and maladjusted narrators of his cowboy songs. Here, we look back on some of his best. 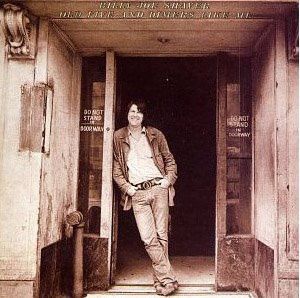 Willy the Wandering Gypsy and Me

As legend has it, the seeds of Waylon Jennings’ Honky Tonk Heroes album were first sown in March 1972 in Austin, Texas, at the Dripping Springs Reunion music festival.

Shaver was only just starting out in Nashville when he took the trip back down to Austin with Kris Kristofferson to play. Jennings, one of the headliners of the weekend, was backstage when he heard Shaver singing ‘Willy the Wandering Gypsy and Me’ - his misspelt tribute to his fellow outlaw Willie Nelson.

Jennings asked him if he had any more songs like it - when Shaver told him he had “a sack full of them”, he invited him over to Nashville to record a whole album of his “cowboy songs” with him. 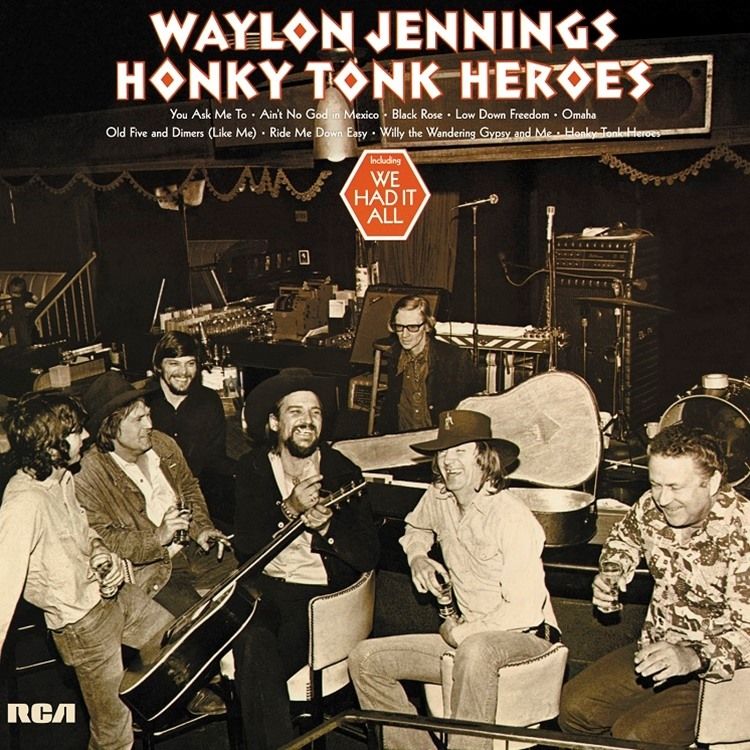 Ain’t No God In Mexico

At Dripping Springs Reunion, Jennings had promised to listen to the rest of Shaver’s songs, but for months, Shaver didn’t hear anything back from him. So, he drove up to Nashville to seek out Jennings and confront him over it. “I wasn’t used to that drunk talk where they get high and say they’re going to do something and don’t do it”, he recalled later.

He eventually caught up with Jennings at a recording session at RCA’s Studio A and waited patiently outside for him to come out. When Jennings sent his right-hand man - Roger "Captain Midnight" Schutt - out to him with a hundred-dollar bill for him to go away, Shaver had had enough.

He refused the money and pushed past Schutt into the studio where he confronted Jennings. “I told him ‘If you don’t listen to them, I’m going to whip your ass right here in front of God and everybody’”. Jennings placated the bikers and hangers on that he had around him in the studio and told Shaver he could play him one song at a time, if he liked it, then Shaver could play him another.

Shaver played him ‘Ain’t No God in Mexico’; three songs later, Jennings stopped him and said he’d record every one of the songs, finally coming good on his promise. 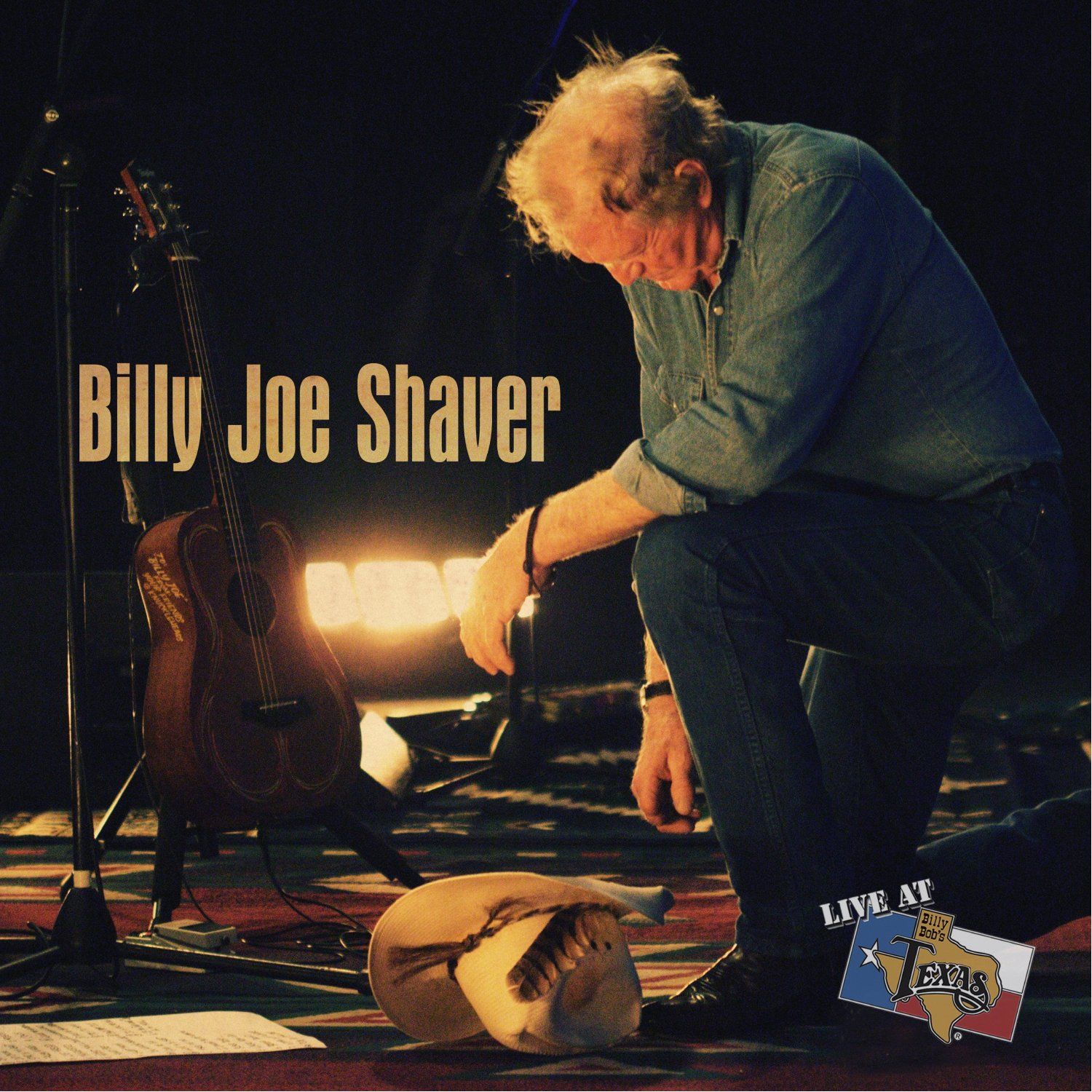 “I don’t start fights, I finish fights, that’s the way I’ll always be / I’m a wacko from Waco, you best not mess with me”.

So Shaver sings on the track inspired by the trial that followed the infamous altercation with - and subsequent shooting in the face of - a man in a Lorena bar, near Shaver’s home in Waco in 2007.

Shaver went on to write ‘Wacko In Waco’ about the incident while Willie Nelson, who’d turned up in support of Shaver during the trial, added the last verse. Shaver had already politely turned down Nelson’s invitation to record a song that he’d already written about the incident called ‘Give Me My Bullet Back’. 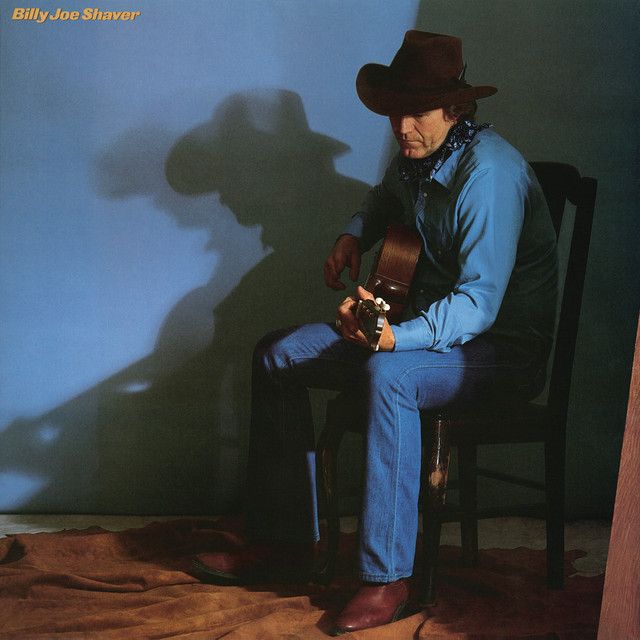 Ride Me Down Easy

First recorded by Bobby Bare for his 1973 album I Hate Goodbyes / Ride Me Down Easy­, it became one of nine Billy Joe Shaver songs that Waylon cut on Honky Tonk Heroes.

Stripped of the lush countrypolitan intro that Bobby Bare and The Jordanaires had utilized on their original version, Waylon stripped it back to a space-echo guitar and his gritty booming baritone, transforming it into a campfire-under-starlight outlaw classic.

“The songs were so big, they were too big for me,” Shaver said of the songs he was writing back then. “I couldn’t possibly get them across the way Waylon could.”

You Asked Me To

‘You Ask Me To’ was another that Jennings recorded for Honky Tonk Heroes, but everyone from Alison Krauss to Shannon McNally and Buddy Miller would take a crack at this tender honky tonker over the years.

Shaver even recorded his own version for the album Gypsy Boy, with Willie Nelson once again joining him on vocals and guitar. Yet it was Elvis Presley’s gently country-funkified version – recorded at Stax in 1973 and eventually chosen as the closing song on his 1975 album Promised Land – that stepped up the production and took the song out of the honky tonks and to a whole new audience.

Elvis tried recording the song a number of times before settling on the version that was eventually released. “I admired Elvis quite a bit”, Shaver recalled some years later.

“A lot of people didn’t like him, but I did. I thought he was really great. From what I hear, he would do songs over and over and over. Anyone who cares that much about it has got to be a good person.” 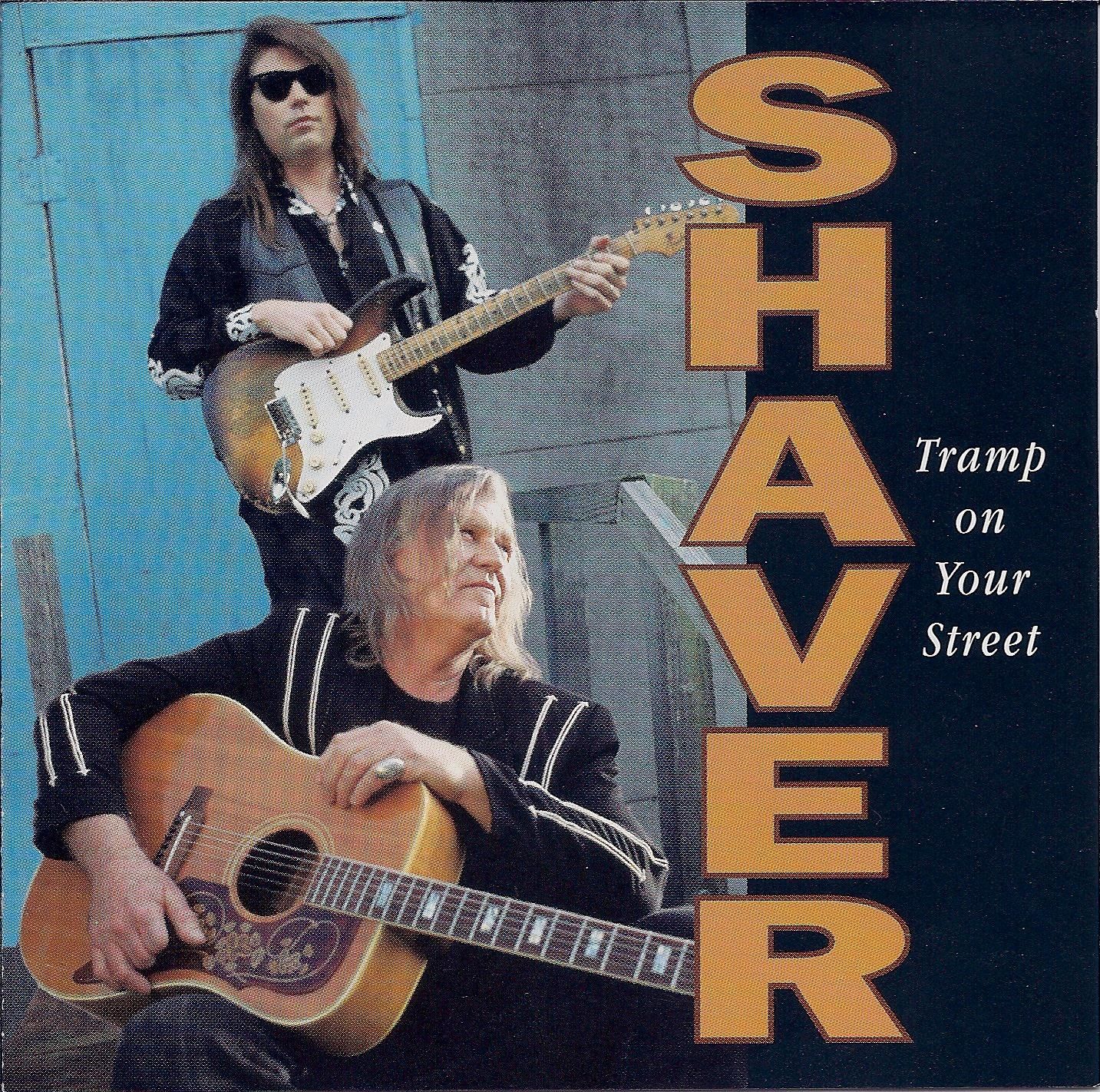 Georgia On A Fast Train

Recorded by everyone from Nelson to Johnny Cash, the autobiographical ‘Georgia on A Fast Train’ first turned up on Shaver’s own Old Five And Dimers Like Me album in 1973, but he revisited it again in 1982 on his self-titled album and then a third time, 10 years later, on Tramp On Your Street.

“Sometimes you’ll see songs on records of mine that have been recorded three or four times,” he explained to Rolling Stone, “that’s because every place I play, the record company goes out of business, so I have to go do the same songs again to make sure they got out”.

It’s not surprising he kept coming back to ‘Georgia on A Fast Train’ having thrown his whole life into the song; being brought up by his grandmother in a “sharecroppers one-room country shack”, leaving school in eighth grade to go and work picking cotton on his uncle’s farm, and his Christian faith.

It’s all in there; “I got all my country learning, milkin' and a churning, pickin' cotton, rasin' hell, and bailin' hay”, Shaver sings as a chugging railroad beat tears up beneath him. Johnny Cash even added a yodel intro to his version in the early 80s. 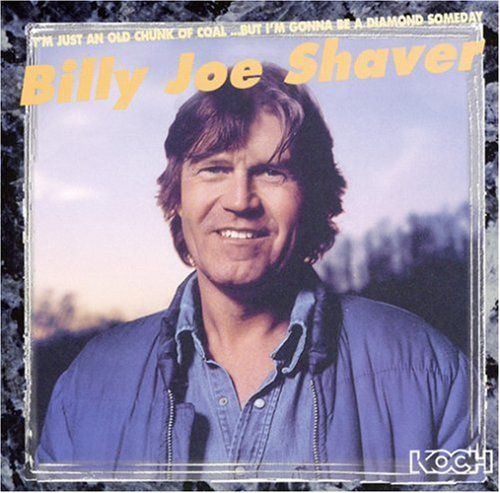 The story behind this song is a long and confusing one, but as it goes, Billy Joe Shaver had "taken a bunch of stuff and done a bunch of stuff” when he came back to his house at four in the morning and saw a vision of Jesus.

He got in his truck and drove up to the Narrows of the Harpeth River in Nashville; “I went way up a treacherous pathway up this cliff to jump off of it. It looked like the Devil’s tower or something. It was cloudy, no stars or moon or anything, dark as pitch. At the top of that cliff was an altar, or something that looked like one, and I wound up with my back to the edge of the cliff and my elbows and everything on the altar, and my boots were off of my feet and they looked just like they were gold”.

Facing death or at least thinking he was facing death, Shaver found religion. “It would take me forever to tell you what really happened, but I found myself asking God to forgive me for being such an idiot, and he helped me because he gave me that song”.

On the way back down, Shaver wrote the opening verse to ‘I’m Just An Old Chunk Of Coal’. “I came down the path singing the first part of it”, he explained in an interview years later. “The voice inside me was telling me to get my family and get out of town.

I was in Nashville, I was about to become the next big deal or something, but I was just so crazy it was ridiculous. I was having a hard time even talking, much less putting a song together. All of a sudden, everything brightened up for me and an inaudible voice told me to go, to get out of Nashville”.

After that, he moved down to Houston and went cold turkey on everything; he quit smoking, drinking and drugs and lived on a diet of melba toast and diet root beer and became a born-again Christian; “when you get born again, you are as young as you were then”, he said. “You know what you know now, and you understand that you could get hurt, and stuff like that”.

John Anderson gave Shaver the biggest hit of his career when he recorded it for his second album in 1982.

“This is high art right here – cotton-field disco perfection, the first generator in the county. The chorus on this song may be the best chorus of all time,” Shannon McNally says of ‘Black Rose’, a Billy Joe Shaver song made famous by Waylon Jennings that she re-recorded with Buddy Miller for her recent Waylon Sessions album.

Waylon had originally included the song - in which the main character of the song has an affair with a married black woman - on Honky Tonk Heroes. “The devil made me do it the first time / The second time I done it on my own”, sings the self-recriminating protagonist in this swampy country funk morality mini-drama.

In the early 70s, Waylon Jennings had his heart set on reinventing himself and his merry band of country malcontents as “jet-age cowboys”.

Looking back to the mythical American Old West, to saloon brawls, gunslingers defending the underdog and fighting against social injustice, all mixed in with the hippy counterculture ethos of the late sixties and the Beats.

‘Honky Tonk Heroes’ reimagined Waylon et al as the “lovable losers and no-account boozers” and honky-tonk (anti) heroes of Nashville; rambling, gambling and strung out on amphetamines at their late-night pinball sessions at Burger Boy.

As Jennings recalled in his autobiography, “Billy Joe talked the way a modern cowboy would speak if he stepped out of the West and lived today. He had command of Texas lingo, his world was as down to earth and real as the day is long, and he wore his Lone Star birth-right like a badge.”

“I’ve spent a lifetime making up my mind / to be more than the measure of what I thought others could see,” sings Billy Joe Shaver on the title track of his autobiographical debut solo album.

Charmingly under-produced by Kris Kristofferson for the soon to be defunct Monument label in 1973, Old Five And Dimers Like Me stood Shaver up alongside Guy Clark, Townes Van Zandt and the rest of country music’s incoming misfit troubadours.

‘Old Five And Dimers Like Me’ had already been recorded by Waylon for Honky Tonk Heroes, but something about Billy Joe Shaver singing the words in his own rendition feels even more faultlessly fitting somehow.

Listen to the full list of Holler's Best Billy Joe Shaver Songs below.

What Is Outlaw Country?: A Guide to its History & Artists

Kris Kristofferson - The Silver Tongued Devil and I