If there's one thing Kacey Musgraves has proven throughout her career thus far, it's that she's someone who isn't afraid to speak her mind.

The Texas-born country singer has delivered nothing but raw honesty throughout the four albums she’s crafted, whether it's in the form of a glittering love song or a banjo-laced anthem telling off naysayers.

With her upcoming set at Glastonbury under a week away, we're considering Musgraves’ impactful songwriting, further examining what lies within the golden tier of her work.

After struggling to get radio play on her first album, Musgraves took shots at the male-dominated country radio scene in the only way she knows how: a sassy song. ‘Good Ol’ Boys Club’ gave Musgraves the chance to say her piece - coincidentally arriving one month after the infamous Tomato-gate controversy sparked - letting industry folks know that she’s doing things her own way (something that’s clearly worked out just fine).

Arguably the saddest of all the star-crossed tunes, ‘Hookup Scene’ breaks down the woes of dating after a relationship ends. The melancholy narrative is both an admission of taking a relationship for granted, while also serving as a cautionary tale for taken listeners; “if you’ve got someone to love / and you’ve almost given up / hold on tight despite the way they make you mad / ‘cause you might not even know that you don’t have it so bad”. Topped off with a somber acoustic melody, it’s an ironically tear-jerking assessment of hooking up. 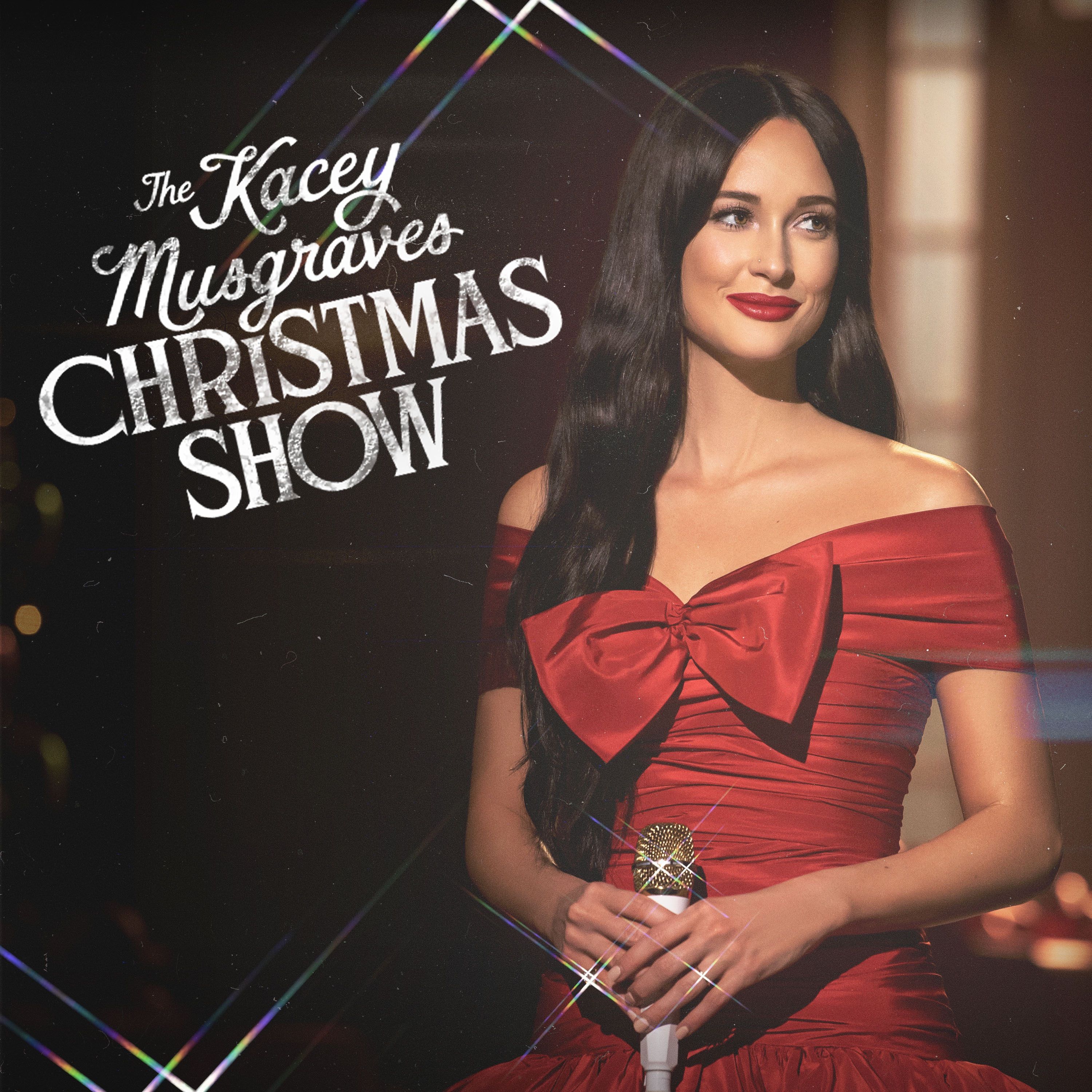 Four years after A Very Kacey Christmas showcased Musgraves’ ability to write a lovely holiday tune, Musgraves struck gold again with her sparkling Troye Sivan-collab ‘Glittery’. The duet highlights Musgraves’ velvet vocals as she and Sivan trade verses, coming together for a romantic chorus that’s sure to even have Santa swooning.

There Is a Light

A much more upbeat take on Musgraves’ self-proclaimed “tragedy” of star-crossed, this calls back to the disco-inspired sounds of Golden Hour. The track reassures fans (and the singer herself) that she will be able to move forward after her divorce, complete with an empowering Madonna-esque bridge amongst a bouncy flute and rolling bongo drums.

Oh, What A World

Musgraves created a new whimsical world with every song on Golden Hour, but this might be the dreamiest one of them all. Swirling production magnifies her celebration of the beauty in life, helping those that listen to appreciate the magic that’s all around us - whether they’re in love or not. 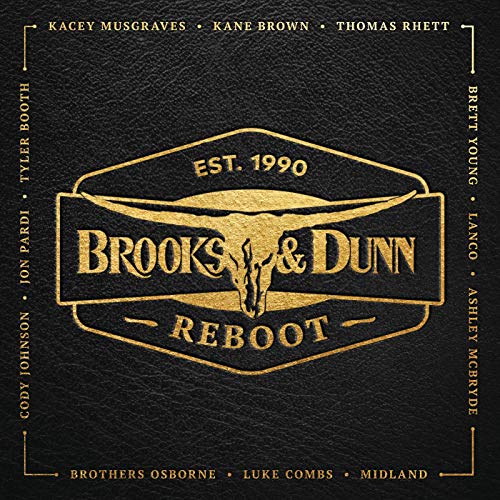 While ‘Neon Moon’ may not be a Musgraves original, it’s easily evident why Brooks & Dunn enlisted her to give their 1992 hit a revamp. Kacey’s version of the 90s classic - taken from the duo’s 2019 duet album Reboot - brings a little trademark brightness to the track with a pulsing beat and breezy vocal effects.

Without listening to the lyrics, it’s easy to assume that ‘High Time’ is the weed-loving singer’s ode to the green. Rather, the Pageant Material cut is a vow to let it all go and focus on feeling good (which, perhaps, could be aided with a little bud). It didn’t just set the tone for the rest of the album, but fortuitously foreshadowed the joy that was to come in Musgraves’ next era.

Much of star-crossed is Musgraves’ grappling with where she went wrong in her marriage, and this sets the scene for the album’s more reflective moments. She pleads to be the best wife she can be, from bringing coffee in bed to letting go of the things that make her mad. It’s both relatable and distressing, tied together with a dreamy use of AutoTune that adds to the song’s contemplative nature. 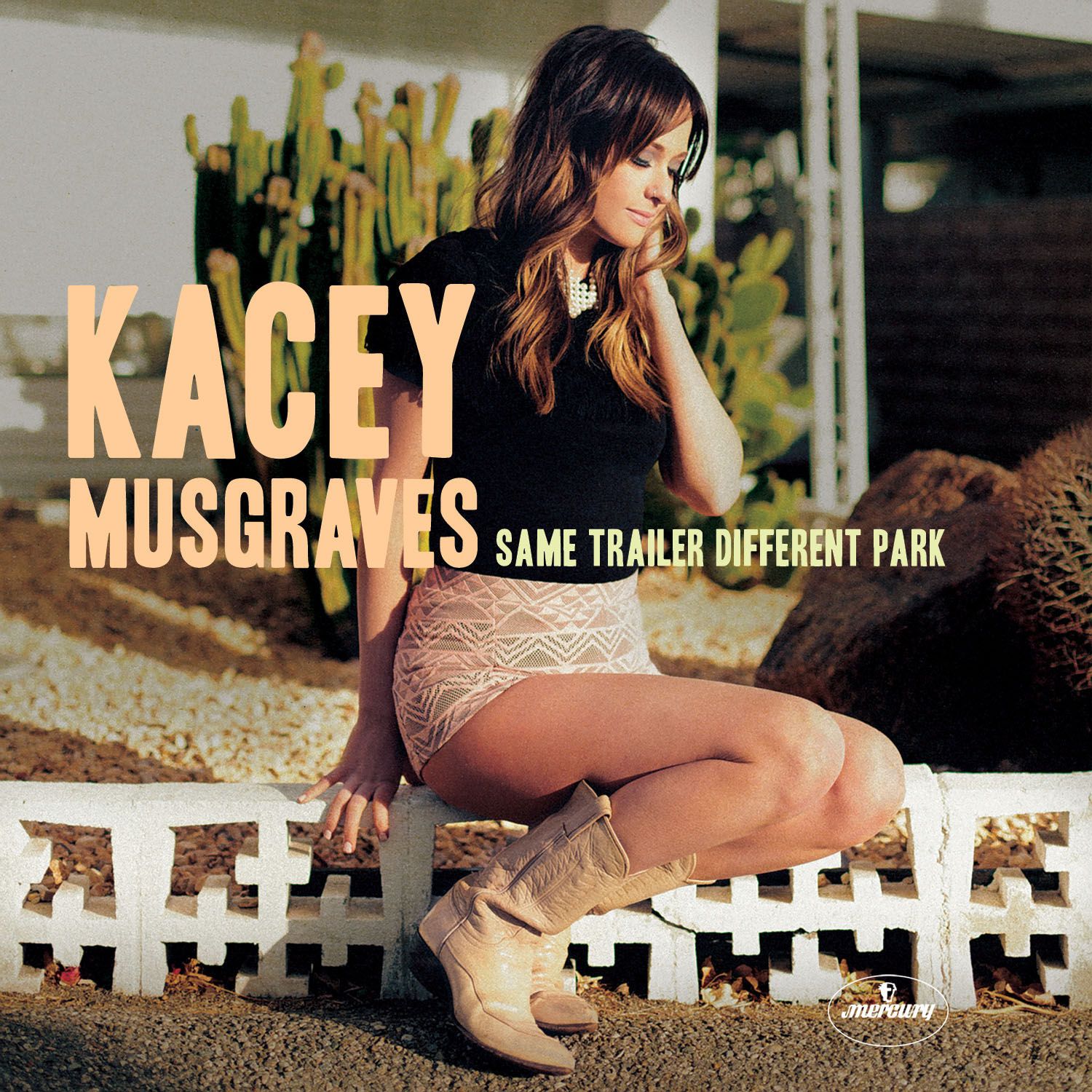 Keep It To Yourself

This underrated Same Trailer, Different Park single has a perfect blend of Musgraves’ sass and mesmerizing voice, telling off a boomeranging ex in the most elegant way. As the title indicates, the track sees the singer standing her ground - but at the same time, delivering some of her prettiest vocals on the album.

If This Was A Movie

Those who adored the echoing production that Musgraves ushered in with Golden Hour may have a soft spot for this track. It feels psychedelic at times - possibly inspired by the guided mushroom trip the singer took during star-crossed’s creation - as she ruminates how her story would be portrayed on the big screen.

There was no denying Musgraves was in love while writing Golden Hour, and ‘Butterflies’ is the ultimate proof. After declaring “out of the blue, I fell for you” in the song’s first verse, Musgraves weaves her smitten story with clever metaphors and a wavy melody that’ll make your heart flutter.

One of the most autobiographical songs Musgraves has released, ‘Dime Store Cowgirl’ is a sweet tribute to her hometown of Golden, Texas, which she declares in the chorus she’ll “still call home.” It’s a feel-good, true country tune that celebrates some of the singer’s most superstar moments - like posing with Willie Nelson and drinking expensive wine - but also calls back to her roots.

Despite the heartbreak crux of star-crossed, Musgraves still brings her trademark brazenness with tracks like this. The fiery tune sees Musgraves asserting ‘healing doesn’t happen in a straight line,’ cutting herself some slack for having wavering feelings post-divorce. In classic Kacey fashion, she does so with her trademark delicate falsetto and poised lyricism.

Amid uber-personal tales of emotional anguish, the most universal message on star-crossed comes from ‘Simple Times’. The nostalgic track longs for the days of mall hangs and pagers - underlined by the blunt chorus line ‘being grown-up kind of sucks’ - presenting a wistful idea with an even more yearning melody.

What’s better than telling off someone who’s cooler than everybody else? Dancing while doing it. Musgraves made that possible with ‘High Horse’, a disco-tinged sonic middle finger to those who just bring the wrong vibe to the party.

Golden Hour’s closer delivers a heartfelt message to never give up when times are tough, reminding anyone facing adversity that there’s always light at the end of the tunnel. Musgraves made the piano ballad even more special when she dedicated it to the LGBTQ community, cementing ‘Rainbow’ as one of the most poignant tunes in Musgraves’ catalog.

Love Is A Wild Thing

A fanciful spectacle of Musgraves’ tender vocals, ‘Love Is a Wild Thing’ examines the complexities of love while also recognizing how wonderful it can be. The song’s juxtaposing acoustic guitar and punchy production accentuate Musgraves’ analysis, resulting in a track that makes you think and smile at the same time.

If you love a good pun, this is the Kacey song for you. Musgraves puts a country twist on the idiom “mind your own business” for the hook, bringing the sentiment of the phrase to life in its cheeky verses. It’s perhaps her wittiest number to date, and fair warning - it may make you crave biscuits and gravy.

What Doesn’t Kill Me

If Kacey loyalists are concerned with how she’s doing in the wake of her split, all it takes is one listen to ‘What Doesn’t Kill Me’ to know she’s just fine. Musgraves says goodbye to her starry-eyed romantic era by announcing ‘golden hour faded black,’ sharing many other testaments to her newfound strength, starting with the opening line: ‘I’m not afraid of a bite / I can take it’. Between the gritty guitar line and the dauntless attitude, ‘What Doesn’t Kill Me’ revives her now unbreakable spirit.

Musgraves welcomes fans into the ethereal universe of Golden Hour on this airy track, a flawless introduction to the singer’s softer side. Her honeyed voice shines bright as she details her new outlook on life, one that allows her - and her fans - to take things one moment at a time.

Kacey fans know she’s a master of wordplay, and the star made that known from her very first single. Musgraves’ affecting debut is a commentary on the woes of small-town life, using different forms of Mary (Mary Jane, Mary Kay, and Mary two doors down) and an ironic merry-go-round analogy to do so. Though it’s a bit heart-rending, ‘Merry Go ‘Round’ certainly resonated; providing Musgraves with her highest-charting hit to date.

Another fine example of Musgraves’ exemplary way with words, ‘Space Cowboy’ doesn’t refer to the galaxies at all. Instead, it’s a declaration of moving on from a lover who has already checked out (“you can have your space, cowboy”). It’s one of Kacey’s craftiest uses of a metaphor, flipping a tale of heartbreak into an eloquent account of closure.

Musgraves may love her double meanings, but she sure doesn’t love double standards. As always, she takes the high road on ‘Follow Your Arrow’, calling out hypocrisy over everything from weight to drinking habits - ultimately emphasizing that it’s okay to “follow your arrow / wherever it points.” Not only is the song an anthem for anyone who goes off the beaten path, but it’s about as Kacey as they come: catchy, inspirational and downright brilliant.

Opinion: Has Kacey Musgraves Been Snubbed?