Summertime is here, and depending on which side of the Atlantic you live on, it could last anything between four days and five months. So, we got out of the office and into our swimming costumes to put together a list of our all-time favourite summer beach bangers. Time to stock up on hay fever tablets and smother yourself in factor 50 - here are the best summer country songs according to Holler. 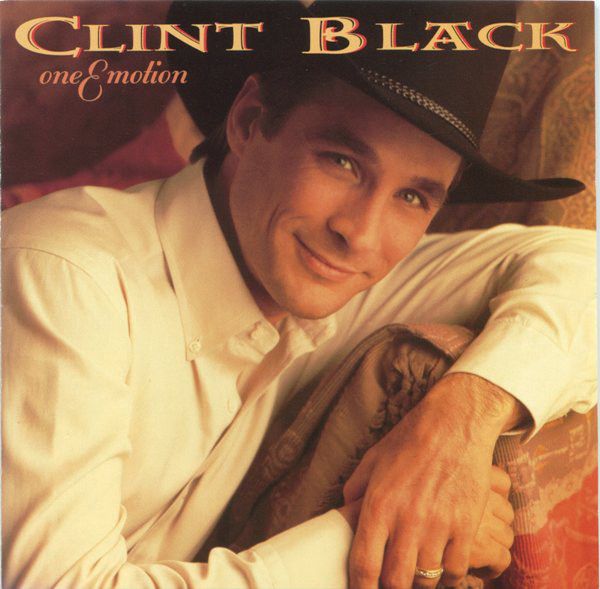 Nothing says summer’s on its way like this mid-90s country banger, as Clint Black takes the day off work to hit the beach in a muscle vest and cycling shorts, while somehow still managing to style it out with a cowboy hat. The video guest stars Jay Leno, David Hasselhoff and a glittering array of TV celebrities, as St Elsewhere star Howie Mandel weaves his way around the beach trying his luck with all the women sunbathing, only to discover they’re all in fact men when they turn around.

It ends with Clint’s real-life wife Lisa Hartman Black running past Mandel and into the arms of her husband, all before Joey Lawrence from the hit TV show Blossom makes another star turn to deliver his famous TV catchphrase “Woah!”.

Probably the most mid-90s country video ever made.

Where’s he going? Er, the beach.

What’s he drinking? Actually nothing, but I’m not sure how you’d explain that outfit if you were sober.

How hot is it out? Well, there’s a “heat wave comin”, so presumably it’s going to get pretty damn hot. Also, he’s wearing cycling shorts! 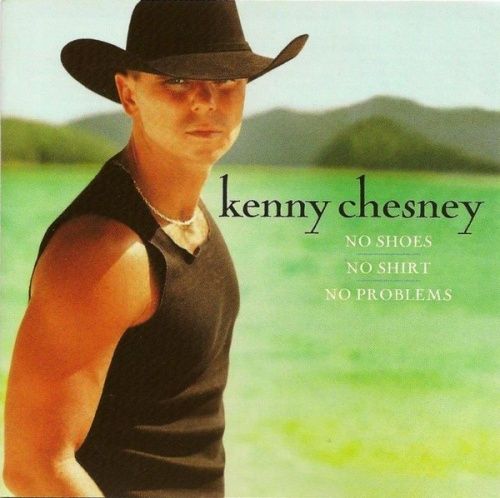 Kenny Chesney - 'No Shoes, No Shirt, No Problems'

We could have filled this whole list with Kenny Chesney songs – ‘Keys In The Conch Shell’, ‘When The Sun Goes Down’, ‘Beer In Mexico’, the choice is endless - but we plumped for probably his most iconic summer smash of all.

This laid back country shuffler takes it nice and breezy, as Kenny takes off his top and lays out his life philosophy for you. As he explains in the prologue to the video, the notion of “no shoes, no shirt, no problems” is more than just a song title, it’s a whole way of life for Kenny; “no boss, no clock, no stress and no dress code”. It came out in 2003 and was only kept off the top spot in the Billboard Country Charts by Alan Jackson and Jimmy Buffett’s boozy classic ‘It’s Five O’Clock Somewhere’. What a summer?!

How hot is it out? No shirt and no shoes? Oh, it’s hot alright. Although you get the feeling it doesn’t take much for Kenny to go topless. 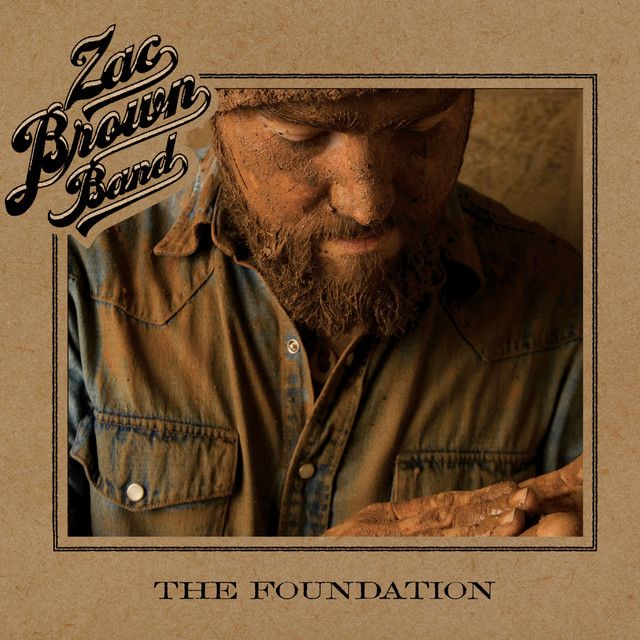 Like Kenny Chesney, Zac Brown Band were very much taking their musical tips from Jimmy Buffett in this lilting summery smash, their “toes in the water, ass in the sand”. The gang take four days off work and make their way from Georgia down to Mexico for a boozy mini-break of “pretty senoritas” and “muchachas”.

Eventually, Zac runs out of money and has to return home, but once he’s back home, he grabs a beer and settles back in a lawn chair, dipping his toes in the Georgia red clay. You know what it’s like when you’ve been away for a few days - It’s difficult to get out of holiday mode.

What’s he drinking? What isn’t he drinking?! A cold beer, tequila, rum, PBR, Jägermeister and he rolls out a “big fat one”.

How hot is it out? I doubt anyone remembers after all that. 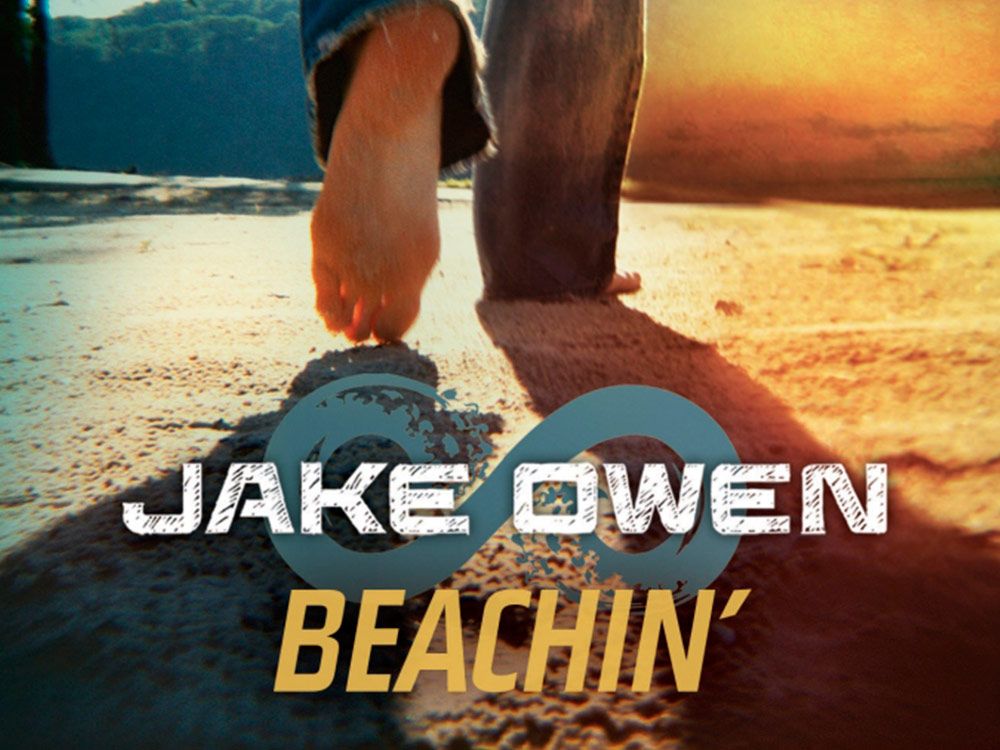 It’s summertime in Florida, and Jake Owen is off to Daytona Beach with his girlfriend to enjoy happy hour at a margarita bar and watch a reggae band! The sun’s up and the tide’s out - it's time to take it easy, be a little less strict with your grammar and all those other things that grind you down on a daily basis. You’re on holiday, who cares if you drop a letter or two? Jake Owen’s got no time for the letter “G” in this perky summer hit. He’s “Strollin’, chillin', breezin', sippin', singin’”, doing a “little drinkin’’ and a “little palm tree leanin’”, and of course, he’s “whoa-oh-oh Beachin'”. Absolutely amazin’.

What’s he drinking? A cold beer and a margarita.

How hot is it out? 92 degrees, but 103 if you take into account the heat of passion between Jake and his girlfriend. 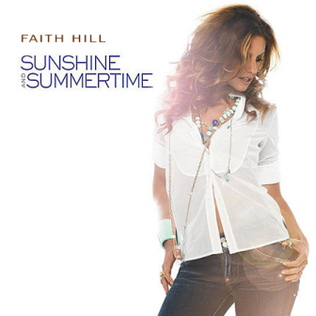 Faith Hill doesn’t need the beach to enjoy the summer! She can have fun and soak up the sun wherever she is. Whether she’s out on the street, in her back garden or just hanging out with all the other “hard bodies” and “hotties” in the, er… car park.

It’s always straw hat and bikini weather for Faith. By the time it gets to the middle eight, you start to wonder if all that ice-cold beer and sunshine might have got to her though, as she starts berating everyone else at the party, telling them all to stop being so lame and have fun.

"Hey everybody, can't you feel the rhythm now? / Hey everybody don't you wanna party?” she belts at the top of her lungs, like your friend from out of town who started drinking way earlier than everybody else and is now stumbling around the party telling everyone they’re “boooring”, rolling her eyes and trying to start a conga.

“Hey that's the way we like it! Good times, sunshine and summertime”, she slurs as she clinks the air with the glass of rosé she just found on the side. Don’t worry, she’ll probably be asleep by nine.

Where’s she going? Pretty much nowhere by the sounds of it.

What’s she drinking? Corona. I know, but it was 2005. No one was freaked out by that word back then.

How hot is it out? It might not even be sunny. 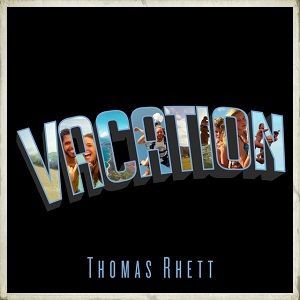 I think we can all just be thankful that Faith Hill and Thomas Rhett weren’t at the same summer party. They’re absolute liabilities! Thomas likes to get away though, so he’s splashed out on a no-expense-spared, all-inclusive trip for him and the wife to a Motel 6 in good old Decatur, Illinois; just 140 miles away from the nearest beach.

Don’t worry though, Thomas is planning to drink so much it wouldn’t matter where he is, because he probably won’t remember anyway. He’s constructed some sort of boombox from a Red Solo Cup and he’s sitting out in the motel parking lot in a Walgreens beach chair drinking Busch Light while the other half sunbathes. “Hey, let's party like we on vacation”, he keeps singing at the top of his voice - the keyword here being “like”. This isn’t a holiday for anyone except Thomas. Absolute washout. Next year we’re going to Faith Hill’s car park party.

What’s he drinking? That we know of, Busch Light. But you might want to smell the coconut water before you drink it.

How hot is it out? His girlfriend’s wearing a “Billabong bikini” and asking him to rub sunscreen on her, so presumably, the sun is actually shining, but it’s unlikely to be that hot. 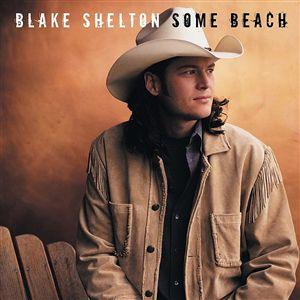 It seems like no one’s getting away anywhere this year. Poor old Blake Shelton barely even gets out of his car in this no-hoper jukebox country classic. He’s just sat in a traffic jam on the interstate singing along to Jimmy Buffett, on his way to the dentist.

When he eventually gets there, he has an absolute bloody nightmare trying to park, and then the dentist starts drilling before the anaesthetic has kicked in. FML!

Luckily, Blake has an enduringly sunny disposition and a wonderful imagination, thus taking himself away to a sunny beach simply by picturing himself there. He imagines the beautiful sunset, the music, the dancing and the “lovers romancing in the salty evening air” and he forgets all the pain and frustration of his day. No need for mind-altering drugs or some virtual reality headset, he just uses his own imagination, that’s all. Kids these days don’t know they’re born.

Where’s he going? The dentist.

How hot is it out? He doesn’t really get out as such. 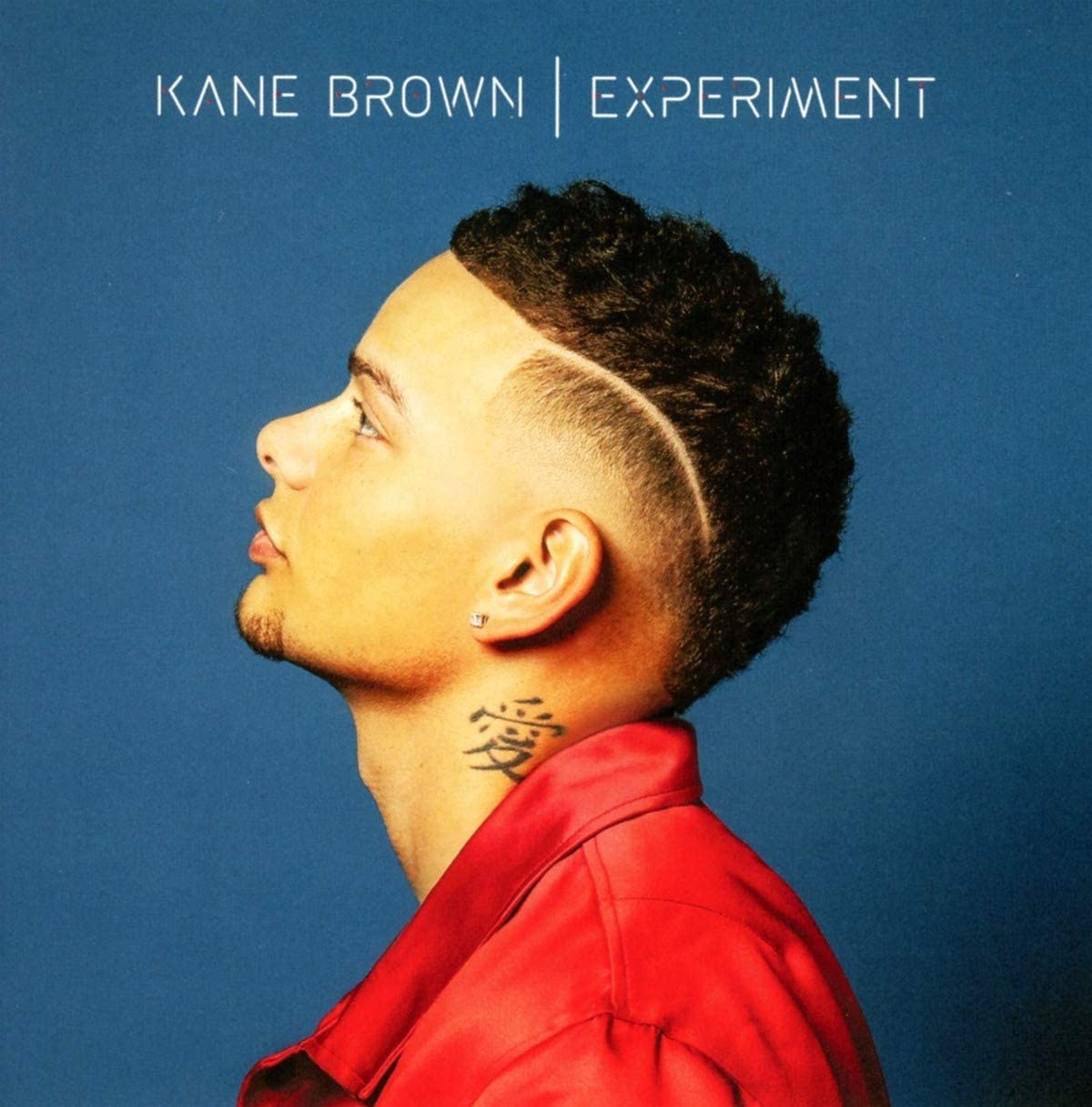 In this 90s throwback cut from his 2018 album Experiment, Kane Brown reveals just why he loves summer so much; for one reason and one reason only. His girlfriend wears shorter skirts. In fact, he finds it incredibly frustrating when it isn’t summer and she insists on wearing longer skirts, possibly even trousers.

There is nothing Kane likes more than to walk down the street with his girlfriend when she’s wearing one of her short skirts – whether it’s her yellow polka dot one or a leather one or perhaps even a denim one – and have other men ogle her and their girlfriends get understandably annoyed. Nothing more enjoyable than that. Must be a lovely day out for all the women in the song. I think we really need to unpack the relationship power dynamics at play here.

Where’s he going? Really not far. He definitely has a long way to go.

What’s he drinking? Nothing. Just going for a walk with his girlfriend while she’s wearing a skirt. 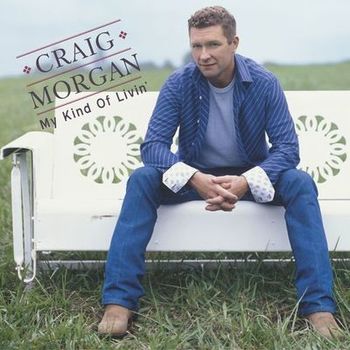 In this mid-00s boat party banger, Craig Morgan manages to make a bunch of fishing boats and motorboats roped together on a lake sound like a line of luxury super-yachts berthed in Port De Saint Tropez. Morgan and his friends getaway for the summer down to the local lake, where “Bass Trackers, Bayliners and a party barge” are all “strung together like a floating trailer park”. They’re all just “Regular Joes rockin' the boat” it seems, and it sounds like an incredible summer holiday.

They all seem to be having the holiday of a lifetime, just sitting on lawn chairs on their astroturfed houseboat porches. I want to get a boat now!! I want us to all get boats and tie them together and spend all summer down by the lake! It sounds amazing. Let me see how much money there is on the Holler company credit card.

Where’s he going? Party Cove, down by the lake.

What’s he drinking? Beer by the sounds of it. Nothing much popping but tops.

How hot is it out? Not sure, but hot enough to swim. 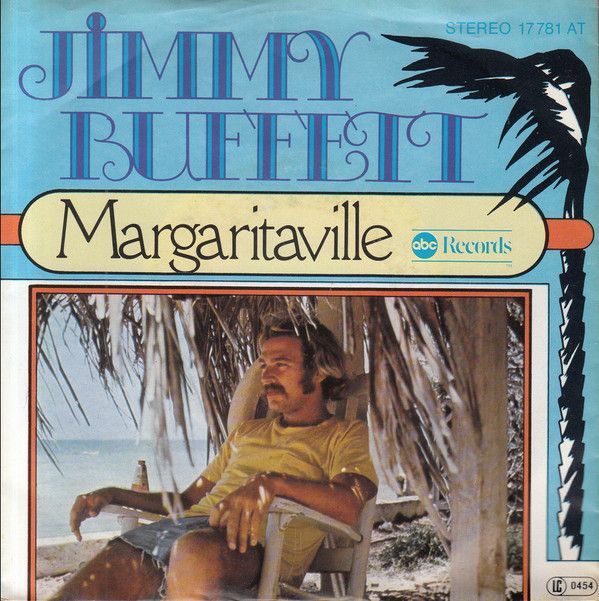 You can’t have a best summer country songs list and not include Jimmy Buffett. I think there actually might be something about it in the Constitution. Along with his Coral Reefer Band, he mixed calypso, folk, reggae and country and came swimming back up with what became known as “Tropical Rock”. An intoxicating island holiday fusion of country and folk music with steel drums, congas, marimbas, vibraphones and steel guitars, it immediately appealed to amateur cocktail drinkers and dads on long drives across America everywhere.

Written one night in 1977 after Buffett discovered the cocktail that would change his life in Lung's Cocina del Sur restaurant in Austin, Texas, ‘Margaritaville’ became Buffett’s signature song.

When he opened his chain of restaurants in the mid-80s, he named them after it, and it entered into American folklore, featuring in Jurassic Park and an episode of South Park.

The song itself is classic Jimmy Buffett. He nibbles on sponge cake, loses a salt shaker, finds a tattoo of a Mexican woman he doesn’t remember getting and sits around on his porch strumming his guitar and boiling shrimp. Maybe we should all try and be a bit more like Jimmy Buffett this summer. Hang on, I wonder if Baylen’s got a boat?

How hot is it out? Baking hot.

Listen to the Best Summer Country Songs Playlist from Holler below. You can also listen to Baylen Leonard and Kelly Sutton discuss their favourite summer country songs on the Holler Weekly Podcast!

The Best Country Songs of 2011