It should come as little surprise that Sturgill Simpson would stick to his word in one day providing us with a long-anticipated bluegrass album. 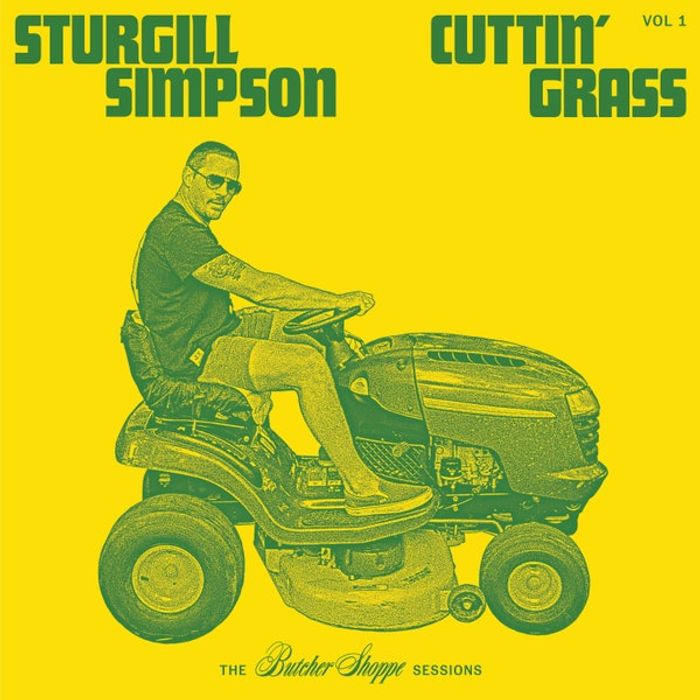 “Bluegrass music is healing. I truly believe this to be true. It is made from ancient, organic tones and, as with most all forms of music, the vibrations and the pulse can be extremely therapeutic.”

It should come as little surprise that Sturgill Simpson would stick to his word in one day providing us with a long-anticipated bluegrass album. While he’s been the modern-day outlaw throughout his career – whether through the film-like narrative of A Sailor’s Guide To Earth or the stoned and starving Metamodern Sounds in Country Music - his music has always offered the familiar traits of honesty and humour in bounds, regardless of its context within the modern country landscape. After a sudden, euphoric moment of inspiration at the beginning of his career - informed by his childhood and his Grandfather’s influence - Sturgill himself realised just how much Bluegrass had driven his wants and desires, spirits gently guiding his future through his past at a great crossroads in his life. It’s then telling that the need to make such a record was nestled into the heart of his music all along - what he craved most was to find understanding and remedy from his art, and with Cuttin’ Grass Vol.1, Simpson doesn’t just reimagine his songs, he unveils their therapeutic powers at the most essential time.

Here, Simpson’s song-writing is urged out from under the waves of instrumentation of his previous records, with the narratives receiving their just reward in being the deserved focus. It’s as if Sturgill has been teasing us all these years by hiding something even more beautiful under the instant treat of his musicianship, and only now are we realising it. “Well, just when my clouds were drifting, my plan got rearranged, but there ain't no going back now, and ain't no way that I can change”. Simpson implores across long out of commission Sunday Valley favourite ‘I Don’t Mind’, a heart-rending sense of finality that he delivers with insistence and empathy.

As if transforming from a highwayman’s whistle to an evocative gospel, ‘A Little Light’ in comparison has evolved into a song of euphoric hope - through all the anxiety and despair right now, at least we have each other. Simpson couldn't make the need for company more clear in this present time as they all embrace for another gloriously impassioned chorus. Regardless of its alphabetical ordering, it seems all too befitting that ‘All Around You’ is its beloved opener. At a time when faith tests us all in uncertain and frustrating ways, the song’s message of belief in humankind’s love is vital in our divided and uncertain future. As its sweeping strings encompass the atmosphere, Simpson insists on its power with his hearty burl, it's like we've never needed it more.

For all the personal tribulation that has informed Cuttin’ Grass Vol.1, the record isn’t selfish or indulgent - it's simply Sturgill using his art to understand himself and us all, in the most cohesive and powerful way yet. “Well they say you live and learn, but it really seems more to me like all along I've been learning how to live” he once again professes across ‘Railroad of Sin’, a reminder this life's been testing us all along.