The Chicks are back, and it’s hard to believe, but this time it’s even more personal. 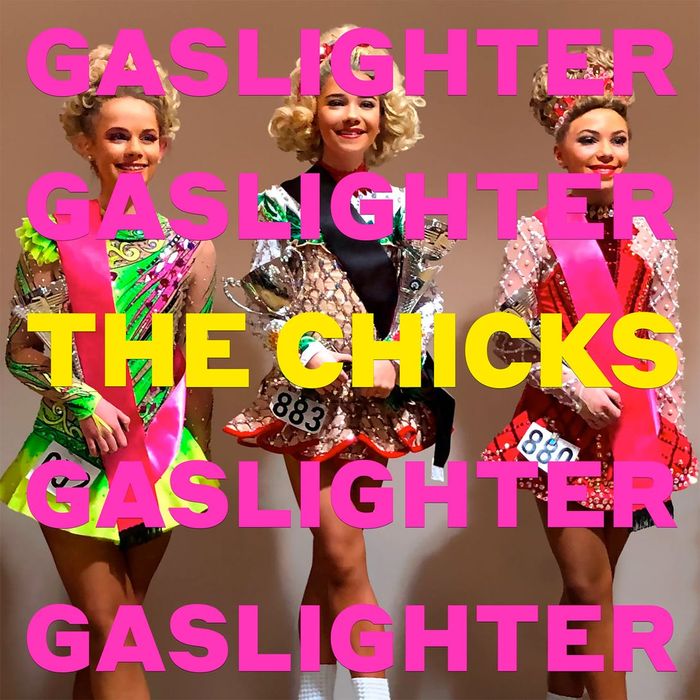 Nearly fifteen years on from the five-time Grammy-winning Taking the Long Way, the band formerly known as the Dixie Chicks return with a comeback album that’s just as outspoken and incendiary as their last. Only this time around the fires are lit a little closer to home. The Chicks are back, and it’s hard to believe, but this time it’s even more personal.

While Taking the Long Way was an album that picked over the bones of the backlash to singer Natalie Maines’ comments about George W. Bush and the Iraq War, the conflict that inspires Gaslighter is of a more domestic variety. The songs on the album are centred around Maine’s long-drawn-out divorce from her husband - actor Adrian Pasdar, eventually finalised in December of last year - and is unflinching and brutal in its honesty. It’s a break-up bonfire that takes the whole house down with it, as Maines turns over the stones of her failed marriage and hurls them around every room that’s ablaze.

On paper it doesn’t sound like it’s going to be much fun, but with producer Jack Antonoff continuing his foray into pop country - after dipping his toes in with Taylor Swift and more recently with Cam on ‘Classic’- Gaslighter is one of those rare anomalies, a genuinely uplifting break-up record. ‘March March’ and the title-track combine Martie Maguire’s fiddle with bubbling drum machines, alongside the refreshingly upbeat perkiness of Emily Strayer’s banjo. The combination of Antonoff’s production with Maine’s deeply personal lyricism brings an almost celebratory joyousness to the clothes shredding and plate throwing.

As much as Gaslighter plays with timeless country tropes - the cheating revenge fantasy, country stoicism and walk-out-the-door empowerment anthems - it still feels very much like a unique, post-#metoo record, with a sense of independence and righteousness fueled by fourth-wave feminist politics.

The trick that it pulls off so successfully is making these incredibly detailed songs sound so relatable, even when they seem to be so intensely personal. Gaslighter might be set up as a record about the specifics of the breakdown of her marriage, but the lyrics touch upon much wider themes of power, shifting gender dynamics and toxic masculinity, and The Chicks are all too aware of that. “Half of the shit you won’t believe / but I know it’s not unique to me”, sings Maines, framing the record in its wider context of “nasty women” and sexual politics amidst an age of pussy-grabbing presidents in post-Weinstein America.

For all its shock reveals and mic drop moments, Gaslighter still manages to balance its sassy put-downs and wry humour with some quieter and more vulnerable moments. ‘Young Man’ is an open letter to her son, apologetic and hopeful, while ‘Everybody Loves You’ tries to make sense of Maines’ own frustrations at her conflicting emotions.

The album is a messy mix sometimes, but so are relationships, failed ones even more so. The Chicks have managed to throw that whole mess of feelings into one big bubbling pot of delicious, pop-country vengeance and come out the other side with one of the most empowering records of their career. Hell hath no fury indeed.