The songs on Nancy & Lee helped both artists to shape their sounds at pivotal moments in their lives; creating a dark, complex and ethereal synergy that would inform generations that followed. 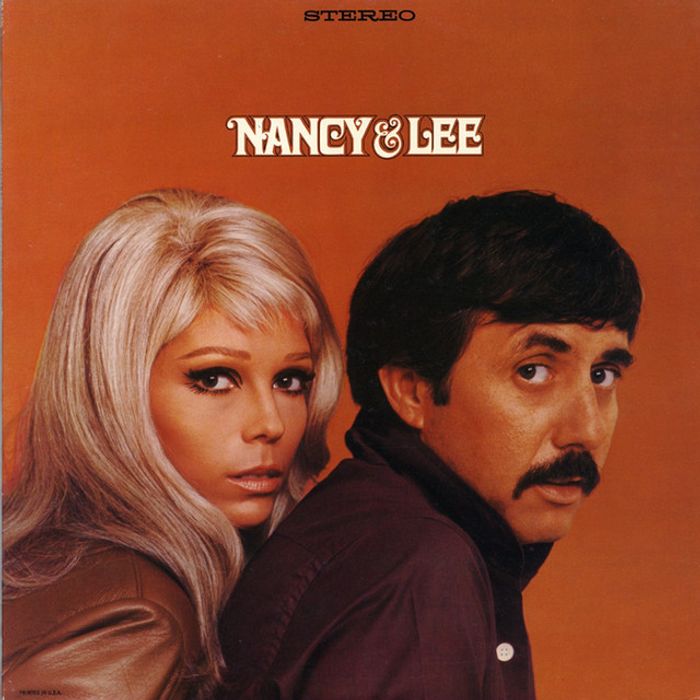 Nancy Sinatra and Lee Hazlewood’s musical partnership is shrouded in its fair share of lore. The mythology of their first meeting would have you believe that Hazlewood advised Sinatra to sing ‘These Boots Are Made For Walking’, a song he wrote, as if she were “a 14-year-old who screws truck drivers”. In 2021, she told the Irish Times that that particular quote had morphed significantly in its re-telling.

“He never said that,” she asserts. “What he said was: You’ve been married and divorced. You should sing like that”.

Yet there’s perhaps a sliver of truth at the heart of the myth: Sinatra and Hazlewood found each other - via an introduction from Sinatra’s producer - during a time when both artists were ready to find their voice. Hazlewood, the older of the two, learned subtlety from Sinatra. He’d been singing ‘These Boots’ at his shows, never having contemplated the added texture that a female voice - Sinatra’s voice specifically - would give the song until she got a hold of it.

For her part, Sinatra had, as Hazlewood noted, just gone through a divorce at the age of 25. As an artist, she also faced the near-impossible challenge of getting out from underneath the gigantic shadow cast by her father, Frank Sinatra. Her identity, both as an artist and as a person, was at a crossroads. Both she and Hazlewood were primed for a voyage into unfamiliar territory, building their established musical narratives into something more kaleidoscopic and complex.

Enter the kooky, velvet-curtained world of Nancy & Lee, the duo’s first collaborative album. It proved that, when they joined forces, they had an uncanny power for turning the familiar into something strange. Even fans of ‘These Boots’ must’ve been surprised by the lonesome, dark psychedelia that awaited them, and how it could beautifully warp even the best-known and most-loved pop songs.

‘You’ve Lost That Lovin’ Feelin’’ was a four-year-old Righteous Brothers hit by the time Nancy & Lee came out, but on their album-leading cover, Hazlewood and Sinatra turned this pinnacle of pop onto its back, trading in Phil Spector’s “Wall of Sound” for the far-away tinkling of piano keys, a trembling string section and the woozy, sprawled-out vocal harmony of the pair.

Country wasn’t immune either; Sinatra and Hazlewood borrow Johnny Cash and June Carter’s ‘Jackson’, stretching out their vocal harmony until its near-painful dissonance dissipates into a nagging whisper.

Juxtaposition was at the heart of Hazlewood and Sinatra’s work together. They pair comforting pop harmonies against surreal, antagonistic dissonance; swirling and lush orchestral lines against sinister lyrics. Even Hazlewood’s growl and Sinatra’s sweetness created a conflicted, moody layer that Sinatra described as “beauty and the beast”.

The pair repeated that musical alchemy twice more - on 1971’s Nancy & Lee Again/Nancy & Lee - Did You Ever? and 2004’s Nancy & Lee 3, the latter of which was the second-to-last album Hazlewood made before he died of renal cancer in 2007.

Still, the album’s commercial success at the time didn’t reflect the magnitude of its influence. The sultry and surreal “cowboy psychedelia” sound ushered in by Nancy & Lee has gone on to touch the music of artists from all genre backgrounds; from Lana Del Ray and Sonic Youth to alt-country mainstays like The Cowboy Junkies and Orville Peck. Hazlewood and Sinatra’s duets achieved cult classic status and made a lasting impression on music history, if never reaching the mainstream acclaim that they did with the Sinatra-led ‘These Boots Are Made For Walking’.

In 2022, Light in the Attic Records revisited Nancy & Lee with the release of a re-mastered version, sharing an additional two bonus tracks from the January 1968 album sessions. Those songs are two more covers: A rendition of The Kinks’ ‘Tired of Waiting for You’ and a version of ‘Love is Strange’, Mickey & Sylvia’s hit from 1956. Those new album cuts are simply reminders of Hazlewood and Sinatra’s unflinching ability to make any song their own, effortlessly recasting selections from any genre in their uniquely haunting, psychedelic style.

The re-mastered Nancy & Lee includes a bevvy of extra content, including a 20-page booklet of never-before-seen photos from Sinatra’s personal collection and a new interview with Sinatra as she looks back at this cornerstone musical chapter. The re-issue is part of the label’s Nancy Sinatra Archival Series, which features a collection of her work from the 1960s and ‘70s called Start Walkin’.

Both of these artists built impressive musical careers unto themselves, and they will and deserve to be remembered for their solo work. But their musical partnership was more than just a side gig.

The songs on Nancy & Lee helped both artists to shape their sounds at pivotal moments in their lives; creating a dark, complex and ethereal synergy that would inform generations that followed.

The 2022 re-issue of Nancy Sinatra & Lee Hazlewood's Nancy & Lee is out May 20th via Light In The Attic, you can purchase the album from one of Holler's selected partners below: 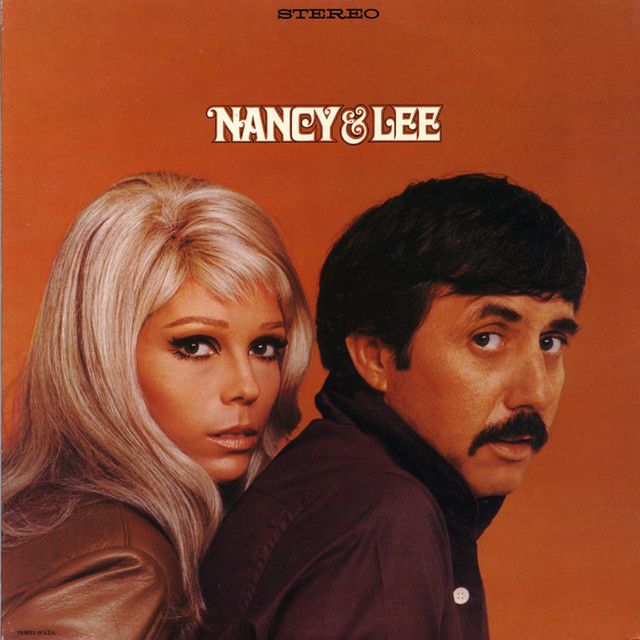