By now, the basic details of Loretta Lynn’s life should be familiar for most country fans. Born the daughter of a coal miner and subsistence farmer in Butcher Hollow, Ky., Lynn married Oliver “Doolittle” Lynn at age 13 and was raising four children in poverty by the time she turned 18.

Inspired by the success of early female star Kitty Wells, Lynn parlayed her sizeable talent and natural charm into one of the most successful country careers of all time.

Unlike other so-called “girl singers” of the early 60s, who were mostly pushed into singing syrupy pop numbers, Lynn wrote about real-life experiences and gave voice to generations of working-class women.

With the necessary caveat that nearly all of Lynn’s broad catalog deserves a listen, here are the 15 best songs from a living legend. 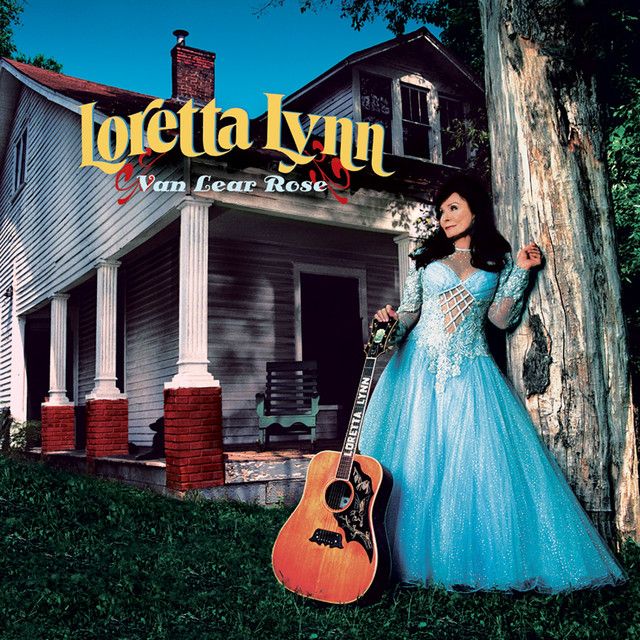 A short story in song form, this spoken interlude from Lynn’s iconic 2004 album Van Lear Rose is unlike anything she has ever recorded.

That Lynn had no idea producer Jack White was recording her wild tale of a near-fatal childhood accident — she thought the band was simply riffing while she threw around song ideas — makes this lively and off-the-cuff track all the more charming. 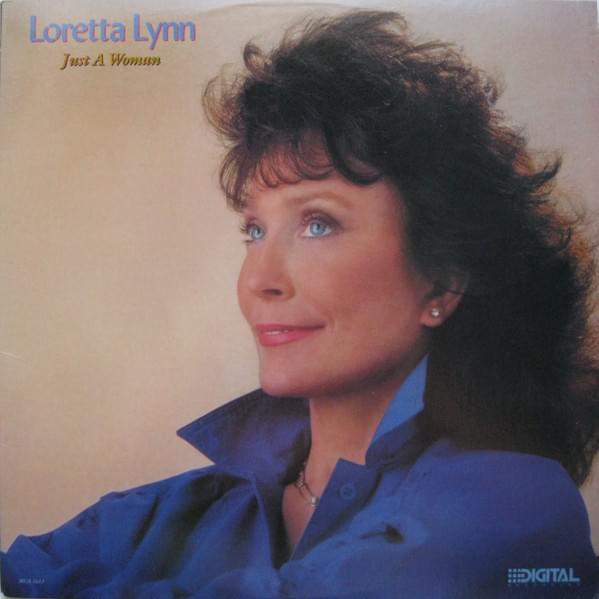 Wouldn't It Be Great?

“Wouldn’t it be fine if you could say you love me just one time, with a sober mind?”, Lynn sings in the opening lines of this devastating plea to an alcoholic partner.

Equal parts witty and poignant, it’s no wonder Lynn has now recorded ‘Wouldn’t It Be Great?’ three separate times, most recently as the title track to her excellent 2018 album. 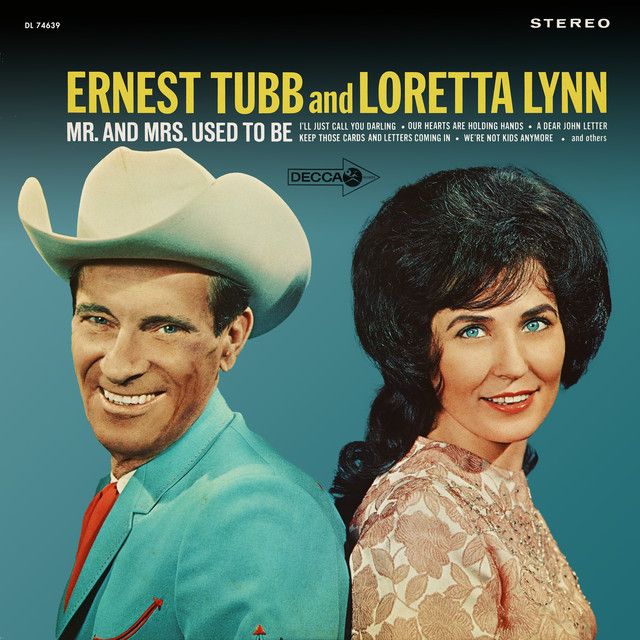 An exceptionally cheerless duet, ‘Mr. and Mrs. Used to Be’ conveys the abject misery of a recently divorced couple. Lynn and Ernest Tubb weren’t exactly an intuitive pairing — he was 18 years her senior, for one — but this icy duet is among both singers’ best. 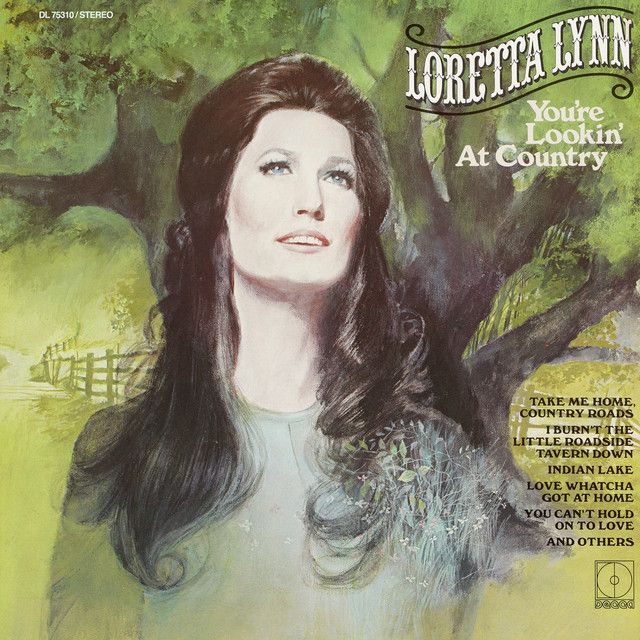 You're Lookin' at Country

Using one’s music to lay claim to an authentic rural identity is part and parcel of being a country singer, but few have done so with as much gusto as Lynn on this infectious 1971 hit.

“I love runnin' barefooted through the old cornfields, and I love that country ha-aam!” she declares in the chorus, and we believe her. 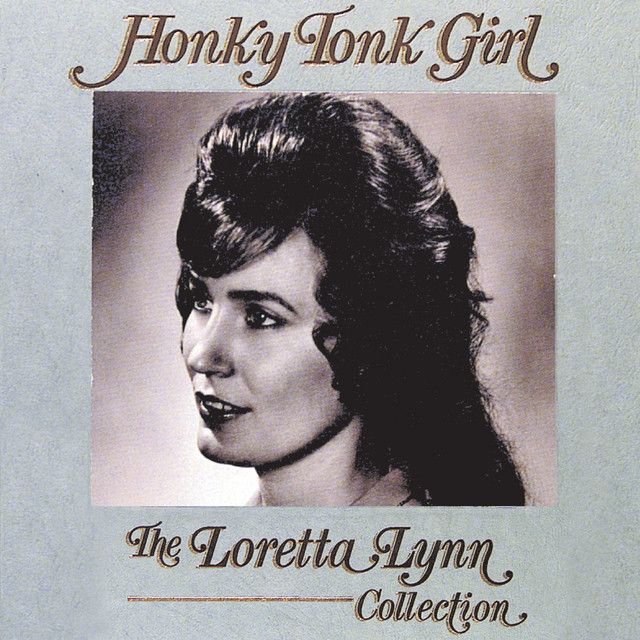 Loretta and Doolittle famously spent months on the road promoting ‘I’m a Honky Tonk Girl’ to DJs at radio stations across the West Coast, sleeping in their car and surviving off of baloney and cheese sandwiches.

Set to a shuffling beat and sizzling with electrified twang, ‘I’m a Honky Tonk Girl’ is worthy of its impressive backstory. 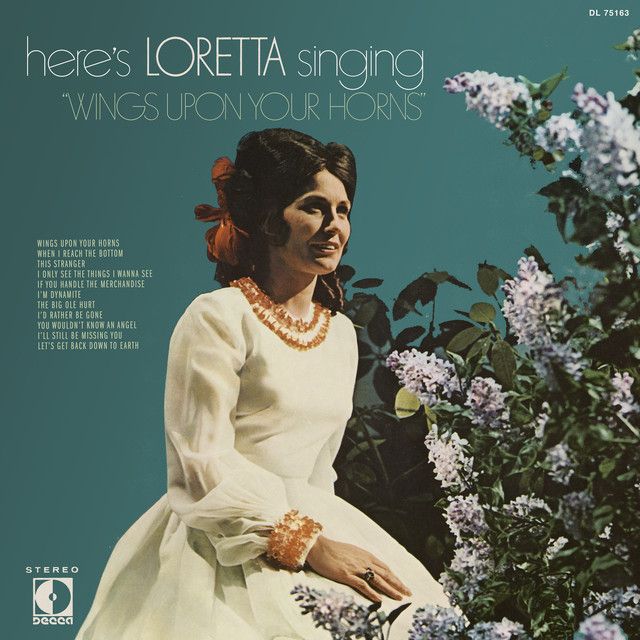 Wings Upon Your Horns

This 1969 cut captures the deep shame felt after having sex for the first time with an undeserving partner.

Even for those who find Lynn’s concept of morality dates, the biblical imagery and grim innuendo at its center make ‘Wings Upon Your Horns’ an indisputably gripping cautionary tale. 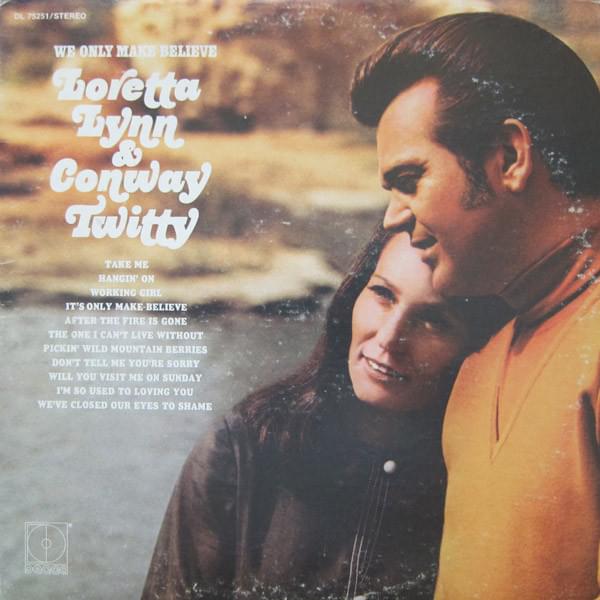 After the Fire is Gone

Lynn and Conway Twitty’s better-remembered duets include the goofy ‘You’re The Reason Our Kids Are Ugly’ and the infectious ‘Louisiana Woman, Mississippi Man’, but this tragic depiction of two lovers uniting in the ashes of their own dying marriages is the pièce de résistance of their recordings together. 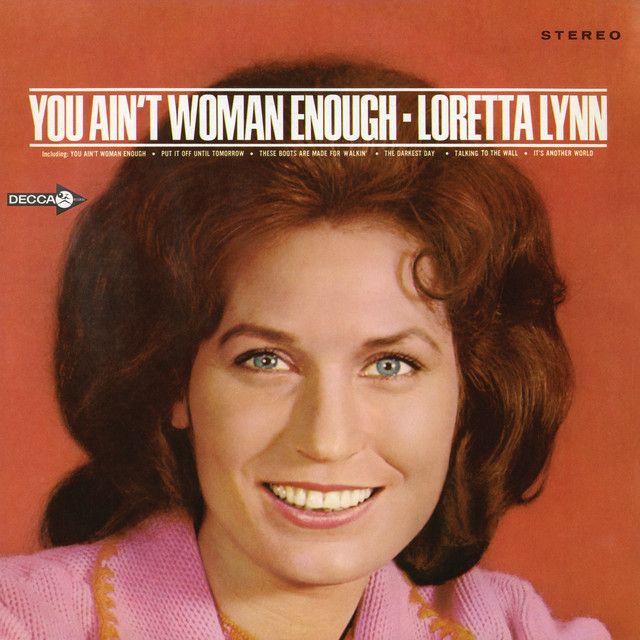 The so-called “other woman song” has gotten a bad rap in recent years, and ‘You Ain’t Woman Enough (To Take My Man)’ is admittedly not a stellar example of women supporting women.

But there is undeniable power to the song, which describes being “woman enough” as having the fortitude to put up with a philandering, alcoholic husband. 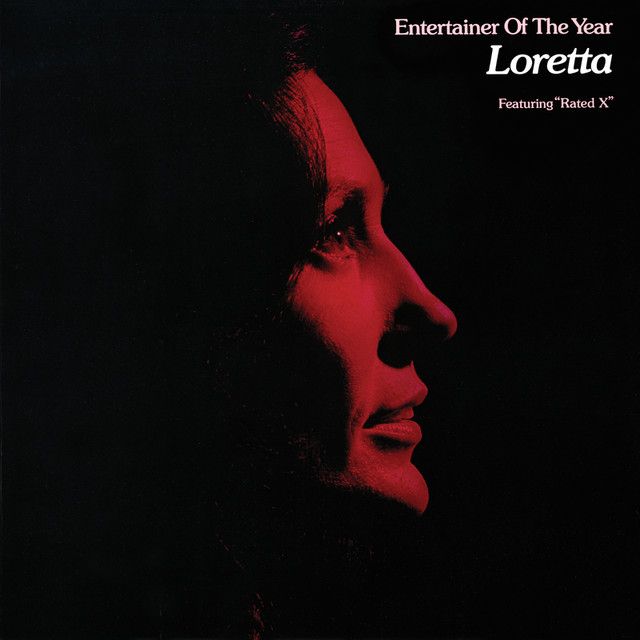 Though Lynn remained married to her husband Doolittle until his death in 1996, ‘Rated ‘X’’ finds her singing about the stigma facing divorced women with the righteous anger of someone who has been through it.

Though she has never wholly embraced the “feminist” label, ‘Rated ‘X’’ is a prime example of Lynn using her platform to take aim at society’s unjust treatment of women. 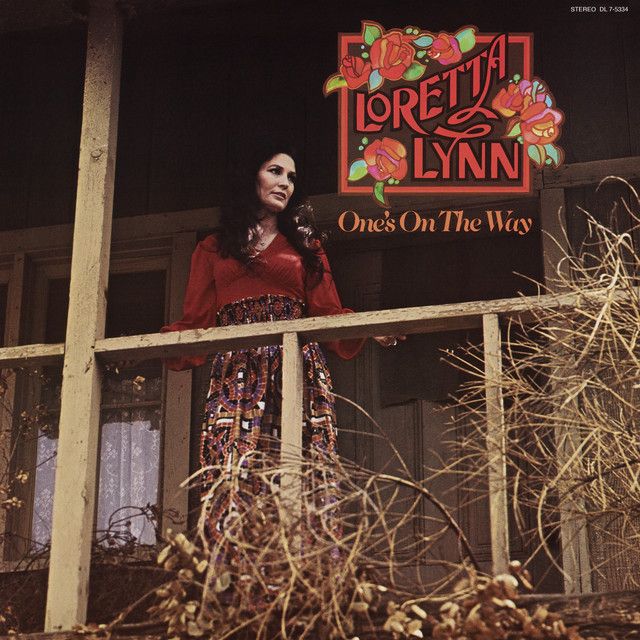 One's on the Way

Perhaps no song better captures Lynn’s complicated gender politics than ‘One’s on the Way’, a humorous Shel Silverstein composition about a stay-at-home mother in Topeka, Kans., who feels alienated both from the glitterati in Hollywood and the “women’s lib” types in New York.

The song captured the reality for many women who, despite the cultural changes afoot in the 60s and 70s, didn’t necessarily see their situations improving.

Look no further than this ridiculously thrilling duet with Jack White for evidence that Lynn would’ve made a great rockstar. It took Lynn 70-odd years to find a producer whose sonic approach matched the ferocity of her lyrics, and the results are exhilarating. 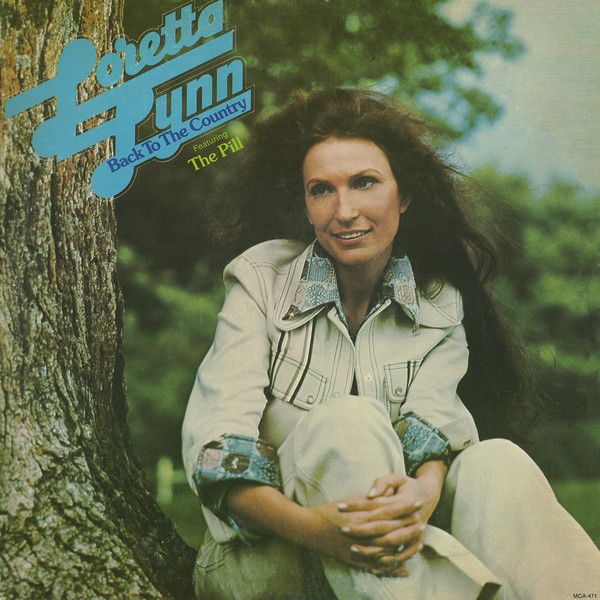 Undoubtedly the most famous song to be banned on country radio, Lynn’s frank and funny celebration of reproductive autonomy is as relevant today as when she released it in 1975.

“Tonight I won’t be singing ‘The Pill’ because they wouldn’t let me,” Lynn announced at that year’s ACMs, a characteristically unsubtle jab at the male-dominated country music establishment. 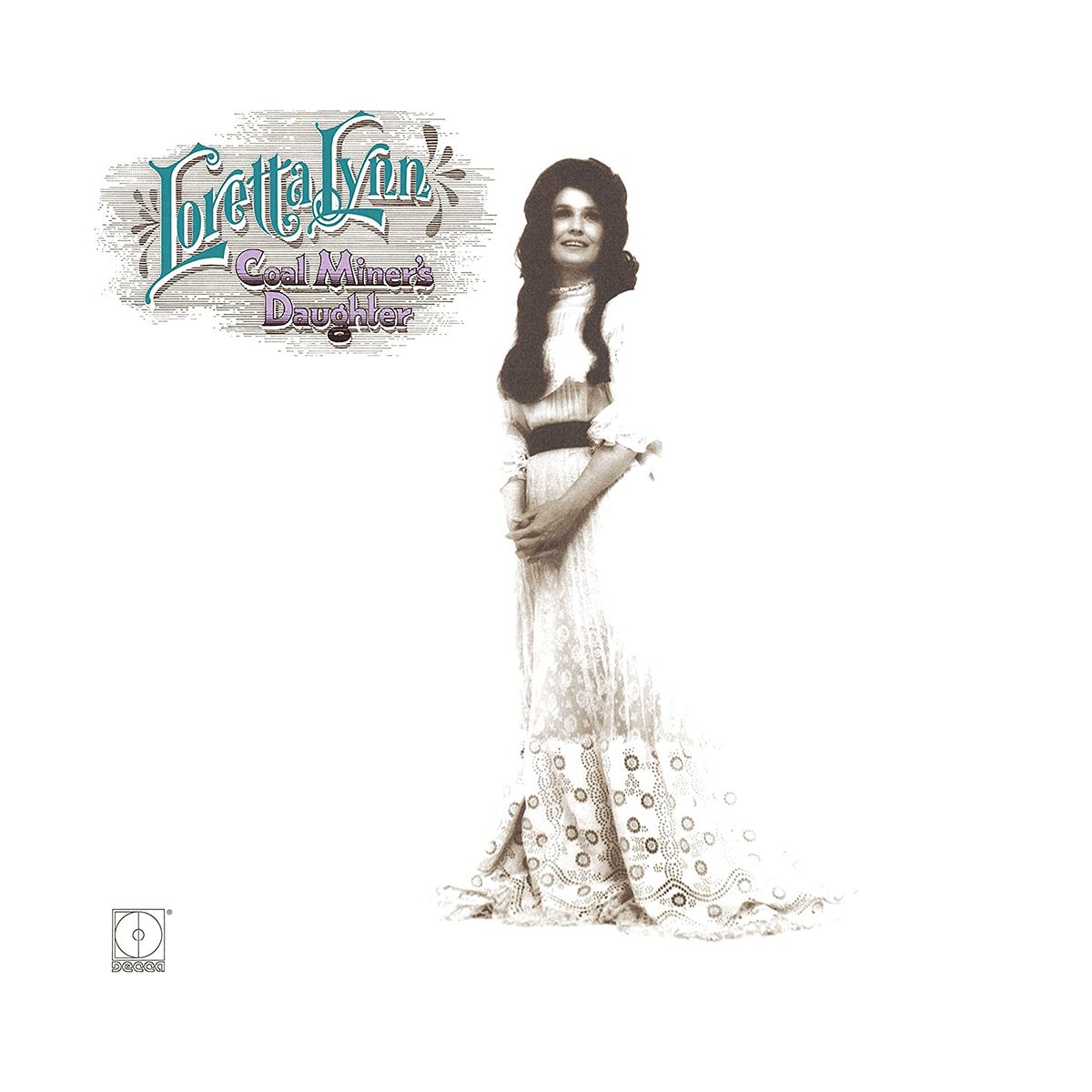 Known to grin throughout performances of even her coarsest hits, Lynn always appears preternaturally chipper while threatening to swing a romantic rival around by her hair.

Held together by an effortless series of clever rhymes and featuring some of the most colorful threats Lynn ever put to paper, ‘Fist City’ is simply unbeatable. 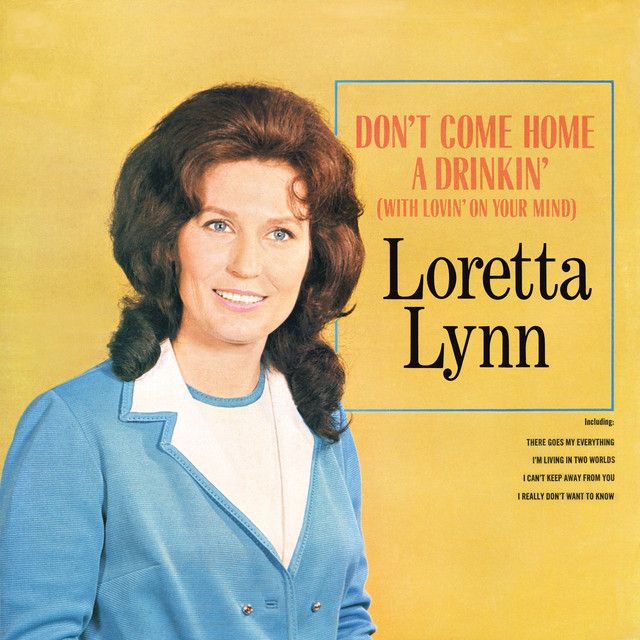 Don’t Come Home A-Drinkin’ (With Lovin’ on Your Mind)

One of Lynn’s superpowers is her ability to broach serious topics in a casual tone, as was the case on her first no.1 hit.

Despite Lynn’s flippant, almost jovial delivery, the song addresses issues that were no joke to her and her listeners: namely, spousal alcoholism and marital rape.

A polemic disguised as a ditty and the first of Lynn’s singles to arouse controversy, ‘Don’t Come Home A-Drinkin’ (With Lovin’ on Your Mind)’ is an unmatched classic.

It’s hard to believe that there was a time before ‘Coal Miner’s Daughter’ existed in the world. The imagery is as unforgettable as the melody, which sounds as if Lynn fished it out of an Appalachian river stream.

Lynn’s signature song, plainly one of the greatest ever written, lent its name both to her autobiography and to the Academy Award-winning film about her life, both of which launched her already-booming career to dizzying new heights.

An artist’s most iconic song isn’t necessarily her best, but for Lynn the two are one and the same.

Listen and subscribe to Holler's The Best Loretta Lynn Songs playlist below: