For Staff Picks, we share with you our favourite new releases that you need to listen to. This week, it's Amythyst Kiah's Wary + Strange - a mesmerizing, frequently hypnotic and always challenging work. 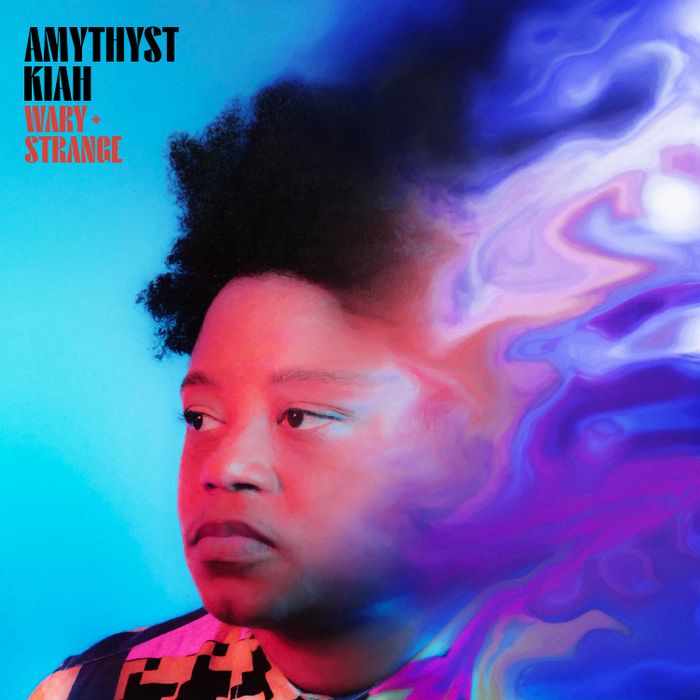 Music by a young, Black, LGBTQ woman, raised in America’s Bible Belt who combines folk, country, blues and alt-rock? Bring it on.

The intriguing Amythyst Kiah already has a Grammy nomination to her name for her contributions to Our Native Daughters (the supergroup she formed with Rhiannon Gidden, Allison Russell and Leyla McCalla), in particular for singing and writing their 2019 album’s compelling opening salvo ‘Black Myself’. That striking and socially relevant tune also appears on this second solo release, as a re-recorded and beefed-up version.

Kiah is taking no chances. She has already discarded two previous attempts at recording the material, so clearly intends for this to reach many more attentive listeners than her wonderful but largely, and frustratingly, overlooked acoustic debut from 2013. Those who heard it were likely galvanized by Kiah’s spellbinding vocals, shifting from sweet and flowing to demonstrative and husky, occasionally within the same song. Her voice - an amalgamation of Tracy Chapman’s searing, earnest soul and Giddens’ stunning control - has evidently grown in confidence over the eight-year gap. But it’s the new material, and her alliance with veteran producer Tony Berg, that makes this set so enthralling.

It’s impossible to avoid goosebumps when Kiah opens “Tender Organs”. An a capella expression of internal strife, she sings “Sometimes when I wake up / I feel like, I feel like I’m dying / And sometimes when I'm walking alone / I feel like crying”. She delivers with such profound emotion it makes most other vocalists in her genre pale in comparison. These compositions cover problematic aspects of her life, such as a dependence on alcohol to try and escape her demons (‘Firewater’, ‘Hangover Blues’), the effects of her mother’s suicide (‘Wild Turkey’), and the hopeless feeling of not fitting in (‘Sleeping Queen’).

While in others’ hands the weight of such themes may leave a record wallowing in self-service, Kiah and Berg infuse creative instrumentation (samples, loops, bass harmonica, Mellotron, strings and horns) with dynamic arrangements to bring an often-explosive punch. It’s a combustive mix that imbues a swampy cool to the pulsating creep of ‘Fancy Drones (Fracture Me)’ where she sings “My feet are ravaged with atrophy / The brain never waking from the pills they prescribe me”.

The strains of pedal steel, Indigo Girl Amy Ray’s guest appearance on ‘Ballad of Lost’ and the gospel inflections that haunt the wiry slow boil-funk of ‘Opaque’, throw more curves into an already eclectic sound. There are even faint echoes of Rain Dogs-period Tom Waits, as each selection takes on its own, sometimes offbeat and unexpected aural personality. Listening with headphones only enhances the experience of being enveloped in Berg and Kiah’s sonic complexity.

This is a mesmerizing, frequently hypnotic and always challenging work. It took a few tries for Kiah to find someone in Berg who understood and helped realize her vision in the studio. But the time, effort, tenacity and talent of the singer/songwriter, and all involved in crafting Wary + Strange, results in one of this year’s most riveting releases.

Rhiannon Giddens - They're Calling Me Home